Dad tackles sex offender who broke into 5-year-old’s bedroom, stood over her bed in frightening encounter 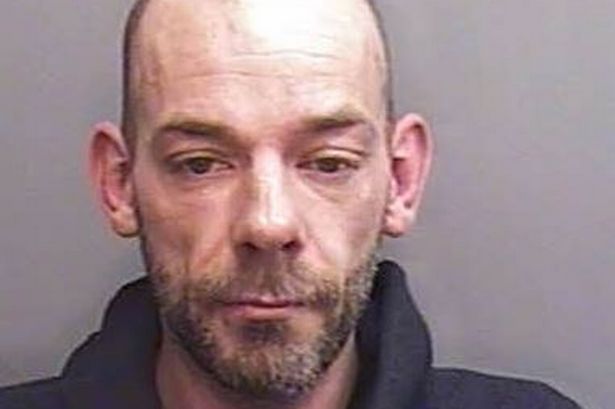 A California dad took matters into his own hands when he caught a registered sex offender standing over his 5-year-old daughter’s bed in a shocking early-morning encounter this week, authorities said.

The family noticed something was wrong around 5 a.m. Tuesday when they saw a man prowling around their house in the small community of Grayson, about 80 miles south of Sacramento. The father confronted the man and tried telling him to leave, according to the Stanislaus County Sheriff’s Office.

But the creep did not heed the warning and went toward the girl’s bedroom, where he removed the screen and jumped inside, authorities said.

The father and other family members heard a loud sound and went to check on the child. That’s when they found 39-year-old Daniel Diaz standing next to her, the sheriff’s office said.

The girl’s dad, with the help of other family members, immediately dragged the suspect out of the house and held him down with duct tape until deputies arrived. Diaz was eventually taken into custody without further incident.

It was not immediately clear what led him to break into the house or what he intended to do inside, but the sheriff’s office said investigators believe he “may have possibly been under the influence of a controlled substance.”

Other family members also noticed the man outside the house before the frightening break-in, according to local ABC affiliate KXTV.

“He was in the living room window trying to peek in and he was grabbing his private parts and just looking around,” the child’s mother, Martha Zepeda, told the station.

The suspect was charged with child endangerment, home invasion, peeping, prowling and loitering.

A California sex offender registry shows Diaz spent nearly a decade in prison after being convicted of assault with intent to commit rape in 2009.