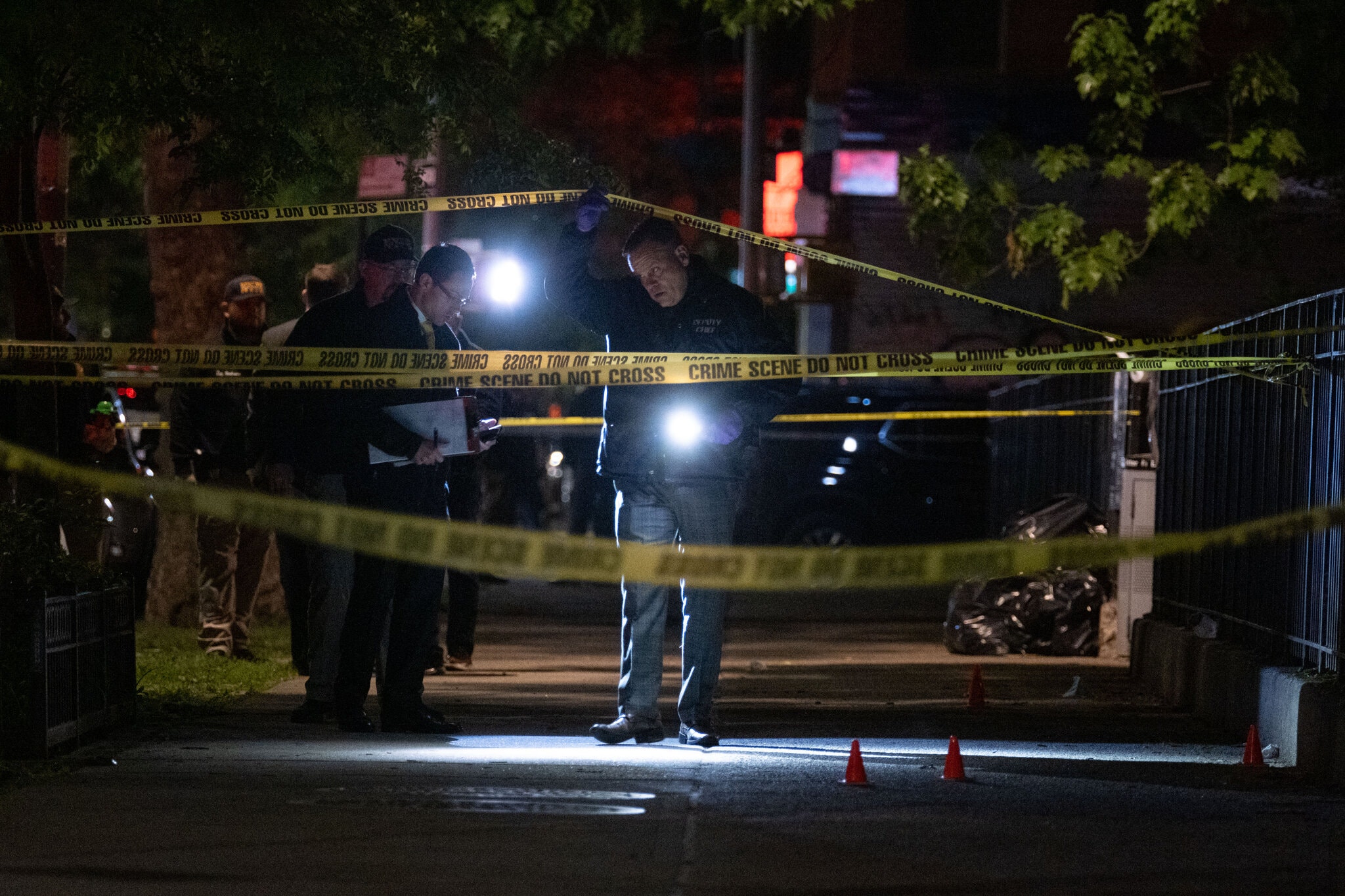 Not long after the coronavirus bore down on New York last year, gun violence surged, rising 75 percent or more in some of the state’s largest cities. But even as the virus receded in recent months, shootings continued to rise.

On Tuesday, Gov. Andrew M. Cuomo declared a new state of emergency around gun violence and committed almost $139 million to reverse the trend of rising shootings and murders across the state.

The emergency disaster declaration, which the governor said was the first by a state to address gun violence, would allow New York officials to quickly coordinate resources and provide funding for community-led efforts to prevent and respond to shootings.

The governor called gun violence a civil rights injustice that overwhelmingly affects poor, Black and Latino communities, whose youth are three to 10 times as likely as whites to be victims of gun violence, he said. But the governor said the issue is urgent for all New Yorkers because the state cannot rebound from the pandemic without addressing it.

“It is a matter of saving lives, and New York’s future depends on it,” Mr. Cuomo said at a news conference at John Jay College of Criminal Justice in Manhattan. “People are not coming back to this city, they’re not coming back to any city, until they know they are safe.”

Addressing gun violence is usually the province of local police and elected officials. But the governor said the state had to step in to address violence that is now taking a greater toll than the coronavirus. Fifty-one people were shot across New York State over the Fourth of July weekend, compared with 13 who died from Covid-19, he said.

In New York City, where he spoke, the police recorded more than 1,500 shootings in 2020, nearly almost twice as many as 2019, and the violence so far this year is at its highest level since the early 2000s. Some 886 people have been shot in 765 incidents this year through July 4, according to police statistics. The violence appeared to ease in June, which saw shootings decrease 20 percent from June 2020 — though remaining still well above 2019 levels.

Similar increases in gun violence have occurred in cities like Buffalo and Rochester and villages like Hempstead and Spring Valley, according to state data. The spike in gun play has also driven a rise in homicides across the country, including Portland, Ore., Minneapolis, Philadelphia and Los Angeles.

Nick Suplina, the managing director for law and policy at Everytown for Gun Safety, a nonprofit, said the pandemic led to spikes in shootings that have not let up. “Communities urgently need a whole-of-government response, and that’s what we saw today from the governor,” he added.

More than half of the money in Mr. Cuomo’s plan, about $76 million, will go toward creating some 21,000 jobs and other activities for young people considered at risk for being victims or perpetrators of gun violence.

In a news release, the governor’s office tied the spike in gun violence to the “destabilizing impact” of disruptions to school and work caused by the pandemic, and cited unspecified research that said summer jobs programs decreased the likelihood that youth would be involved in violence by 45 percent.

The governor’s seven-point plan requires the state’s Division of Criminal Justice Services to collect data on firearms offenses from local police departments weekly instead of monthly. The agency will then report the information to an office of gun violence prevention to be set up within the state Health Department to direct resources to areas where shootings are rising.

The declaration also sets up a state police unit that would intercept guns flowing across the state’s border, an effort the governor called a “border war.” Mr. Cuomo also said he wants to expand across the state a hospital-based intervention model in the Bronx, where conflict mediators try to talk shooting victims and their friends and family out of retaliating.

The announcement comes as local, state and federal officials have begun to shift their focus from the waning coronavirus pandemic to the surge in gun violence. President Biden proposed spending $5 billion on neighborhood violence prevention efforts and said strike forces would be dispatched to cities across the country to target gun traffickers. In New York City, Mayor Bill de Blasio and the City Council agreed to a budget last month that added $200 million to the Police Department budget, mainly for police overtime, and $100 million to anti-violence programs under the mayor’s office.

After the announcement, the governor signed legislation that would allow victims of gun violence to sue firearms manufacturers under the state’s public nuisance laws, as well as a measure that would ban people with active criminal warrants from buying guns.

State Senator Zellnor Myrie, who sponsored the gun nuisance law and attended the governor’s announcement, said it gave grieving mothers from Brownsville and Buffalo leverage against a gun industry that is making record profits.

“Illegal guns are responsible for the overwhelming amount of violence on our streets — including the murder of police officers — and now we’re the first state in the nation to say enough is enough; if you’re a bad actor, you will pay,” he said in a text message.

Patrick Sharkey, a sociologist at Princeton University, praised several elements of the governor’s plan, including its focus on strengthening neighborhood anti-violence organizations, targeting the circulation of guns and changing how police do their jobs and build trust in the communities they serve.

“Reversing the rise of gun violence requires enormous investment and precise coordination of strategies and resources, and this plan has both,” he said, adding that uniting the efforts under a single office “is crucial to ensuring that everyone is working together toward the common goal of ending gun violence.”

The governor’s announcement came on the same day that New York City began its youth summer jobs program, with 7,500 slots. The program was canceled last year amid the pandemic, but returned as part of the city’s plan to fight gun violence, Safe Summer NYC.

Bill Neidhardt, a spokesman for Mr. de Blasio, said the governor’s announcement was encouraging and reflected the city’s plan, but it could have gone further.

“Unfortunately, the governor did not mention state bills that support state parolees, who are disproportionately involved in New York City shootings,” he said. “The governor can and should take quick action to address that specific issue.”