4 reasons to consider a reunion with Kristaps Porginzis 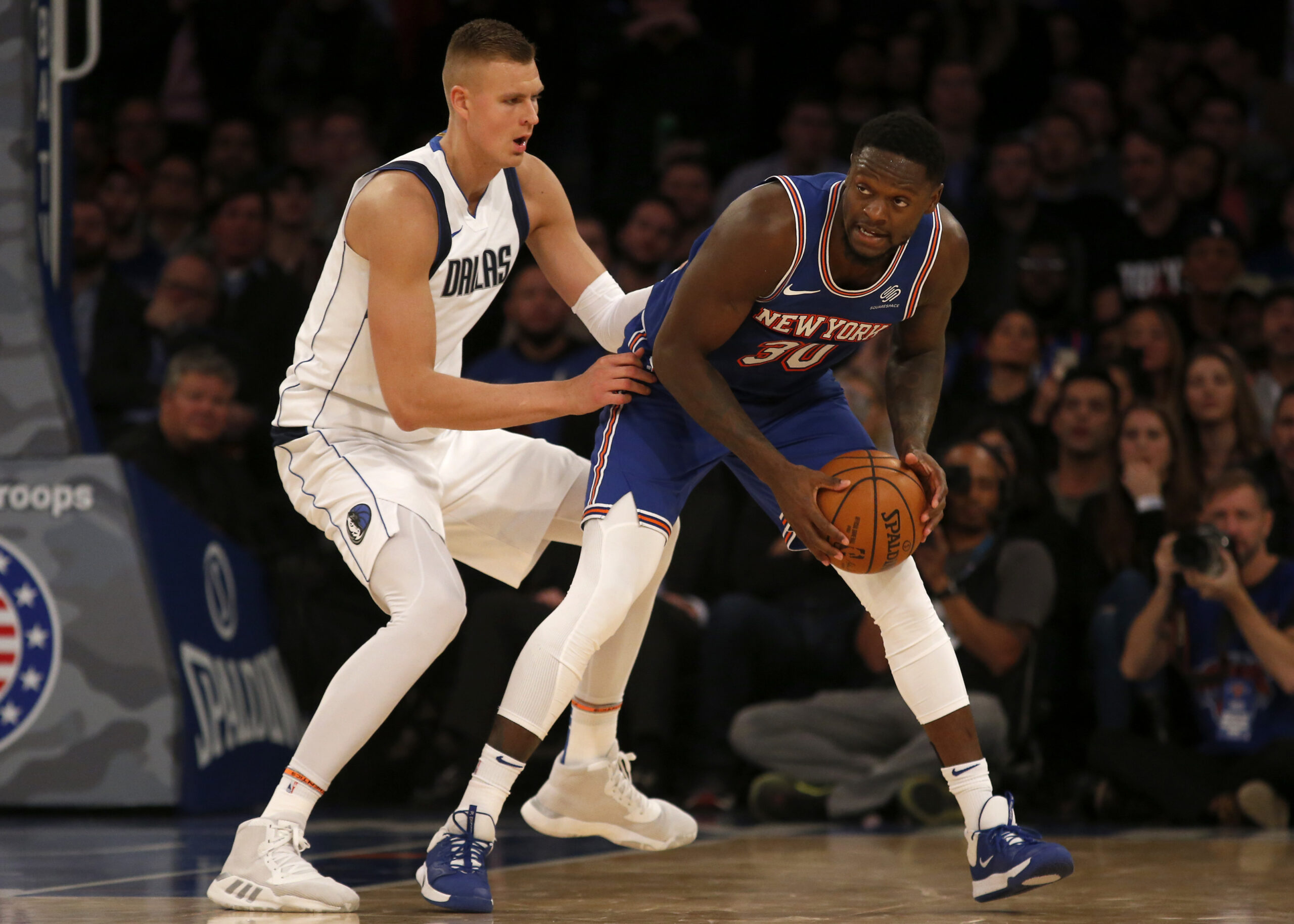 In just one short season the future of the New York Knicks has drastically changed for the better. At this point last offseason, New York had a fleeting hope of cracking the NBA’s first-ever postseason play-in tournament.

Fast forward several months, and the Tom Thibodeau-led squad shocked the world by landing a top-four seed in the playoffs, earning home-court advantage, winning their first home playoff game in years, having their coach win Coach of the Year, and seeing Julius Randle capture the league’s annual Most Improved Player of the Year honors.

This offseason, the Knicks seem like they are just a few moves away from even more postseason success. The franchise, which has a path toward holding the most cap space of any team in the league, has already been in rumors for major free agents or trades.

As the team sifts through rumors surrounding splashy names like Ben Simmons, Kyle Lowry, DeMar DeRozan, and more, there is one other potential star whose services could be available. Fascinatingly enough, this player once held the distinction of a budding superstar while donning the Knicks’ blue and orange jersey. One might even say, he established himself as a proverbial “unicorn” during his previous stint in NYC. That’s right! I’m talking about the one and only Kristaps Porzingis.

Porzingis enjoyed a good run in New York during his time with the franchise from 2015-2018. His elite size and shooting combination had Knicks fans dreaming of their very own version of NBA legend Dirk Nowitzki.