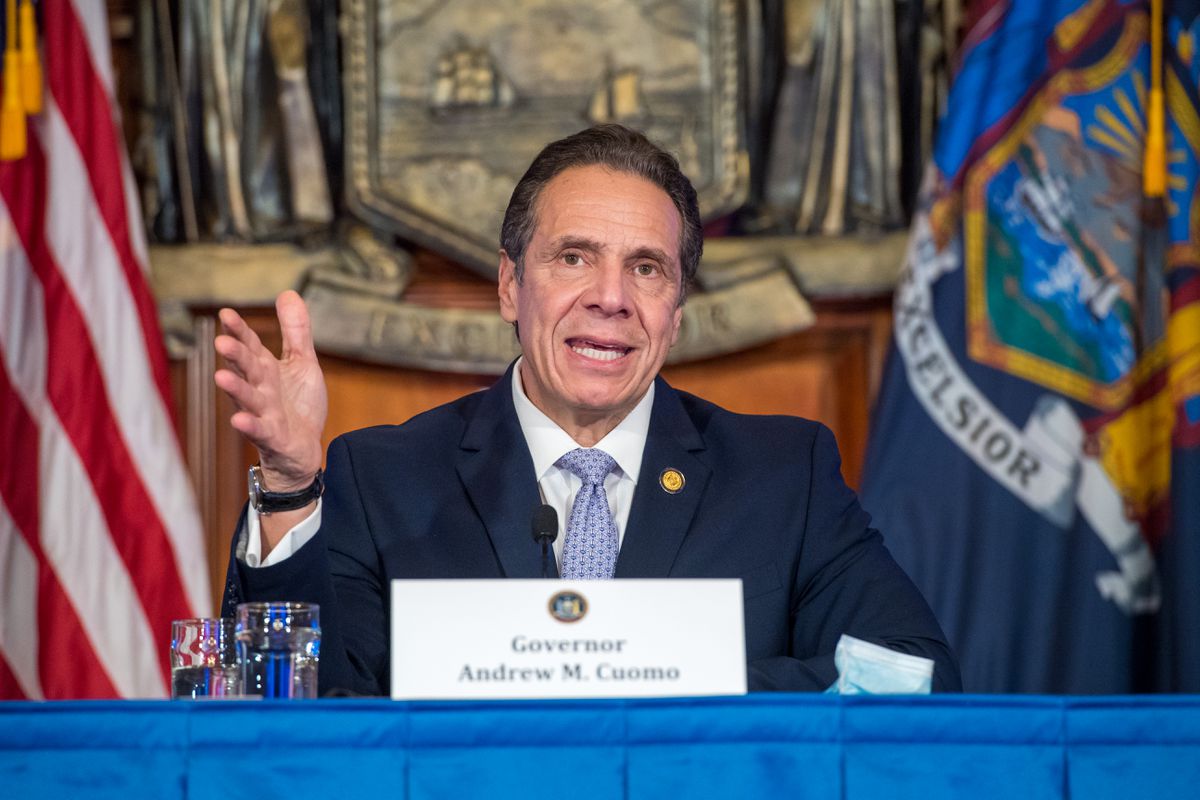 Gov. Cuomo is calling on New York hospitals and labs to specifically test for a new highly contagious COVID mutation found in the United Kingdom.

The governor, who a day earlier worked out a deal with airlines requiring travelers from England report a negative coronavirus test before flying to the Empire State, said he believes the new strain is likely already in the U.S.

“If the variant is here, I want to know, because that would be problematic,” Cuomo said Tuesday during a phone briefing with reporters. “We want to test for the variant. If it’s here we want to know it. We want to isolate it immediately.

The governor has fumed at the federal government in recent days, blasting the Trump administration for not acting swiftly in response to the discovery of the new strain of the deadly virus.

Random sampling of about 4,000 COVID tests have already been completed in the state with no sign of the mutation. Cuomo said officials will work with hospitals to ensure that they have the tools needed to complete the more complex testing method and contact tracing could help track the spread.

“Any hospital that has the lab capacity to take the test, we will be providing them with the ability and the testing reagents,” he said.

The World Health Organization has said while the variant, which has led to lockdowns in England and travel bans across Europe, may spread more easily from person to person, it isn’t necessarily more dangerous or deadly.

On Monday, three airlines that fly from the U.K. into New York voluntarily agreed with the governor’s request to ensure passengers test negative for COVID-19 before crossing the Atlantic.

Cuomo, meanwhile, said hospital capacity remains the biggest concern as cases rise across the state and around the nation and vaccination efforts ramp up.

Immunizations began at more than 618 elder care facilities this week and Cuomo, pushing pharmacies and health care workers administering the inoculations to work through the holiday weekend, said initial doses at those sites could be completed within two weeks.

The statewide positivity rate was 5.8% on Monday as 6,661 people remain hospitalized due to the virus. Another 139 New Yorkers died of COVID in the last day.