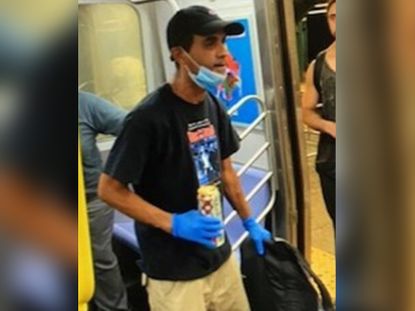 A 23-year-old man was beaten during an unprovoked anti-gay attack on a Brooklyn train, police said Friday.

The victim was riding a north-bound J train heading into the Broadway Junction station around 11:30 p.m. on Aug. 26 when the suspect stormed up to him, cops said.

The suspect, who was wearing a “Boyz N The Hood” T-shirt, repeatedly punched the victim in the head, cops said. The victim suffered a bruise to his lip, but refused medical attention when he got off the train at Broadway Junction, cops said.

His attacker remained on the train, cops were told. No arrests have been made.

Police on Friday released an iPhone photo of the suspect taken by a witness in the hopes that someone recognizes him. Anyone with information regarding his whereabouts is urged to call NYPD Crime Stoppers at (800) 577-TIPS. All calls will be kept confidential.