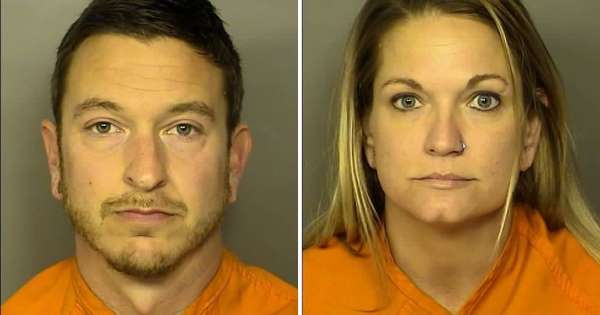 That was quite the wild ride.

A South Carolina couple was arrested last week after police said they filmed themselves having sex on top of a Myrtle Beach tourist attraction.

Eric and Lori Harmon performed the unspecified sex act while riding the SkyWheel, an oceanfront Ferris wheel that is part of a popular entertainment venue with the same name, police said in an arrest warrant obtained by the Myrtle Beach Sun News. The alleged incident happened in early January inside a glass gondola that was in public view, according to the paper.

Authorities said video of the public tryst was later posted on a pornography website.

The suspects, who are both 36 years old, were charged with indecent exposure and preparation of prohibited obscene material. The husband and wife were arrested Friday and released on bond Sunday, online jail records show.

SkyWheel officials said they were not aware of the incident.

“SkyWheel Myrtle Beach prides ourselves in providing a safe, family friendly attraction and atmosphere,” they said in a statement to the Sun News. “This incident that we are just becoming aware of is extremely disturbing. We have not been notified yet from the authorities regarding this incident, but are ready to cooperate in any way we can.”

The couple has been charged for similar incidents in recent weeks. Just last month, they were reportedly accused of having sex in a community pool.