Comptroller’s audit of Board of Elections finds ‘widespread mismanagement’ 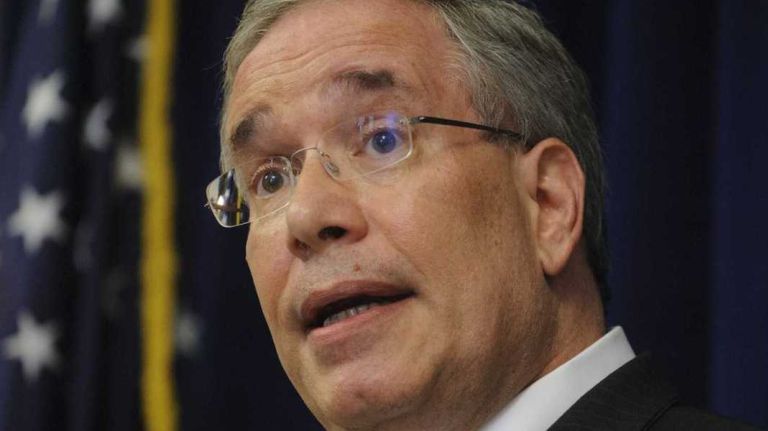 Keeping track of scanned and affidavit ballots is not the New York City Board of Elections’ strong suit, City Comptroller Scott Stringer charged in an audit released Thursday.

Stringer wasn’t just focused on ballots in his report, which found that the BOE has not fully staffed poll sites and did not document the receipt of election materials from more than three-quarters of polling locations.

“There’s nothing more sacred in our democracy than the right to vote. To protect the franchise, New York City must be a beacon for clean and fair elections,” Stringer said in a May 14 statement. “Our investigation found concerning evidence of mismanagement at the New York City Board of Elections, including lax record-keeping, broken machines, staff shortages, a lack of bilingual interpreters, and inaccessible polling locations for those with limited mobility.”

The issues highlighted by the comptroller have not been unnoticed over the years.

Over the course of the 2016 general election through the 2019 general election, broken scanning machines were an inveterate issue across the city that have been heavily publicized. In 2018, Council Speaker Corey Johnson even called for the resignation of BOE executive director Michael Ryan on account of the issue, but he remained in charge of the board even throughout the controversial Queens District Attorney primary race in 2019 — which came down to a hand recount.

Amid the coronavirus pandemic, New York state is encouraging voters to participate in the June 23 primary by absentee ballot to avoid crowding at poll sites. The city Board of Elections manages absentee ballot distribution and collection, among its many other duties.

“The Board declines to comment as our efforts and focus are on preparing for and conducting the Primary Election scheduled for June 23, 2020 during this moment of national crisis,” BOE spokeswoman Valerie Vasquez said.

In the 2019 primary for Queens DA, accusations of partisanship toward the county Democratic Party within the BOE were commonplace from the representatives of Democratic Socialist candidate Tiffany Cabán in that affidavit ballots were discarded on thin grounds. What started as a 1,100 vote lead over Melinda Katz on primary night turned into an automatic recount following by a victory declared for Melinda Katz who pulled through with only a 55 vote lead.

“These failures are unacceptable — they chip away at the safeguards that should encourage New Yorkers to vote and assure them that their ballots will be secured and counted,” Stringer said. “My message to the BOE is simple: do your job. The BOE must immediately review its procedures and stop the negligence we uncovered from undermining our democratic process.”

No mention of mismanagement was made in regard to the Queens DA primary election in Stringer’s report.

The comptroller recommended that the BOE increase its outreach effort to recruit new poll workers not only to expand bilingual services but to also ensure all polling locations are Americans with Disabilities Act accessible.

To prevent issues on the equipment front, Stringer recommended that the BOE conduct testing before election day of poll books, cradle points, and ballot scanners.