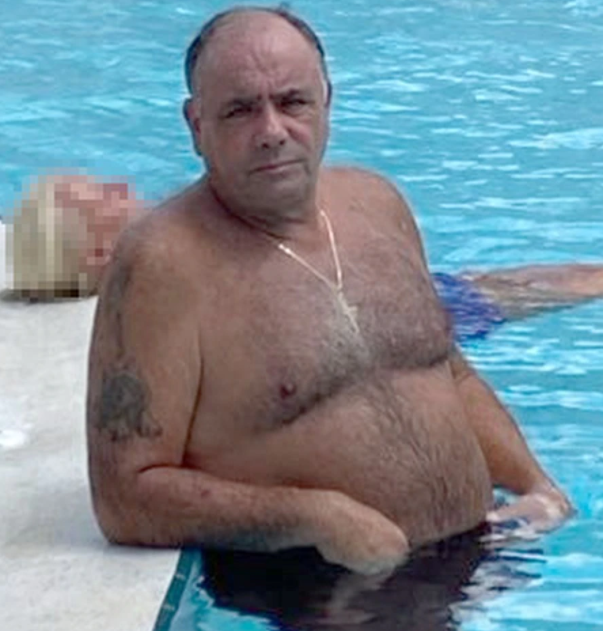 The Colombo consigliere who ducked arrest after dipping down to Florida the day before a massive family takedown has turned himself in, a law enforcement source told reporters Friday.

Ralph DiMatteo, 66, was indicted along with 13 other members of the crime family on Tuesday, but was in the wind in Florida and refused to turn himself in after talks between prosecutors and his lawyer broke down, sources said.

The next day, DiMatteo’s son, Angelo DiMatteo, posted a picture on Twitter of his shirtless, heavyset father casually hanging poolside — though it was not clear where or when the photo was taken.

Angelo also posted a rat emoji, suggesting someone in the Colombo spilled to the feds.

DiMatteo turned himself in to the FBI at Federal Plaza in Manhattan, a source told reporters.

Known as “number three” by other Colombo clan members in deference to his rank in the family, DiMatteo was slapped with charges of racketeering, extortion and money laundering, along with 87-year-old boss Andrew “Mushy” Russo.

He was also charged with conspiracy to steal and embezzle health benefit funds, attempted health care fraud and other crimes.

Other co-defendants include underboss Benjamin “The Claw” Castellazzo and four capos — including the nephew of former Colombo family boss Carmine Persico.