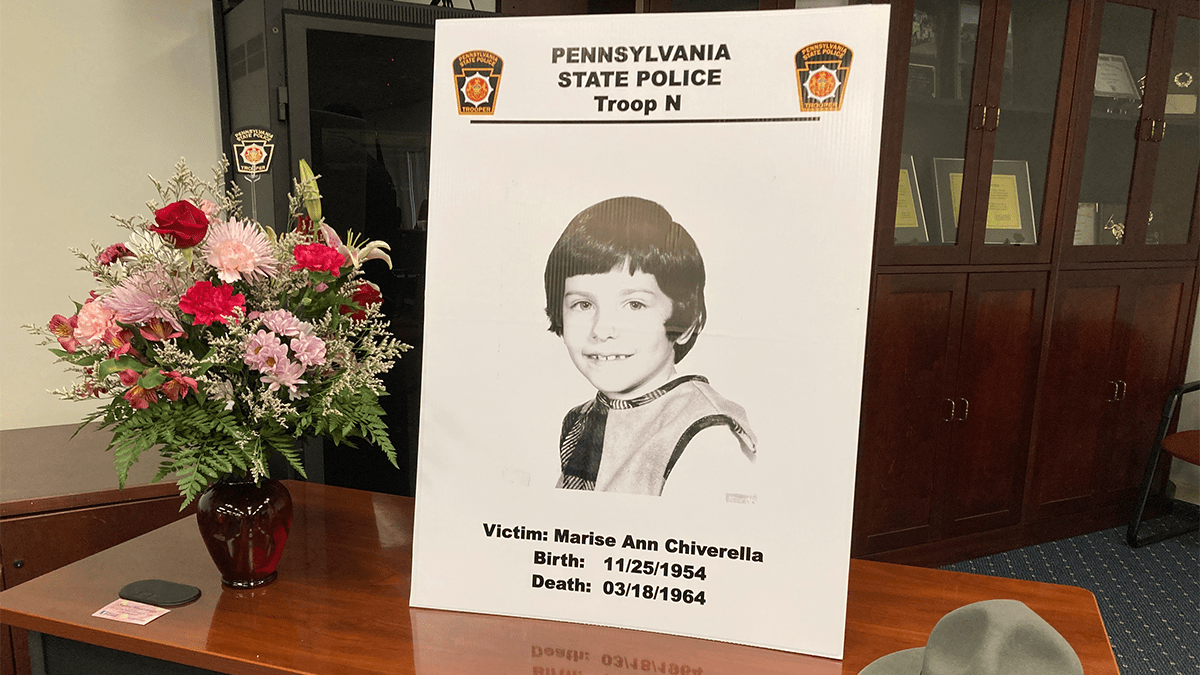 The callous murder and rape of a 9-year-old girl in an eastern Pennsylvania city has finally been solved after almost 58 years, police announced Thursday.

Marise Ann Chivirella was abducted, assaulted and killed while walking to school on March 18, 1964 in Hazleton. But her attacker was never found.

Police identified the killer Thursday as James Paul Forte, a local man who would’ve been 22 at the time of the crime. Forte died in 1980 at age 38, possibly from a heart attack.

Forte was identified using DNA evidence taken from Marise’s jacket on the day she was killed. Police exhumed his body last month to confirm the match.

Marise was on a short walk to school in Hazleton when she was last seen. Hours after she disappeared, her body was found in a coal strip mining pit. Investigators determined that she was raped and strangled to death.

The vicious assault shook the town of Hazleton, about 80 miles north of Philadelphia. Decades of investigators from local and state law enforcement agencies attempted to track down her killer. Pennsylvania State Police said more than 230 officers were involved in the investigation at one point or another.

“We have so many precious memories of Marise,” one of her four siblings, Carmen Marie Radtke, said Thursday. “At the same time, our family will always feel the emptiness and sorrow of her absence. We will continue to ask ourselves, what would have been, what could have been?”

A DNA profile of the killer was built in 2007, and authorities worked for years searching for a match. Beginning in 2019, local college student and genealogy expert Eric Schubert joined investigators in the search for Marise’s killer. He was an 18-year-old freshman at Elizabethtown College when he volunteered to help, and said he was surprised when state police took him up on the offer.

Forte was identified as a potential suspect in 2020, and police found a distant familial DNA match to help them narrow the search.

“It means so much to me that I was able to be on the team that could provide answers to the Chiverella family,” Schubert said Thursday.

Investigators said there were no known prior connections between Forte and the Chiverella family.

Before his death, Forte was arrested in 1974 on a sexual assault charge and pleaded guilty to a lesser offense and spent a year on probation, cops said Thursday. He served no jail time before his death in 1980.