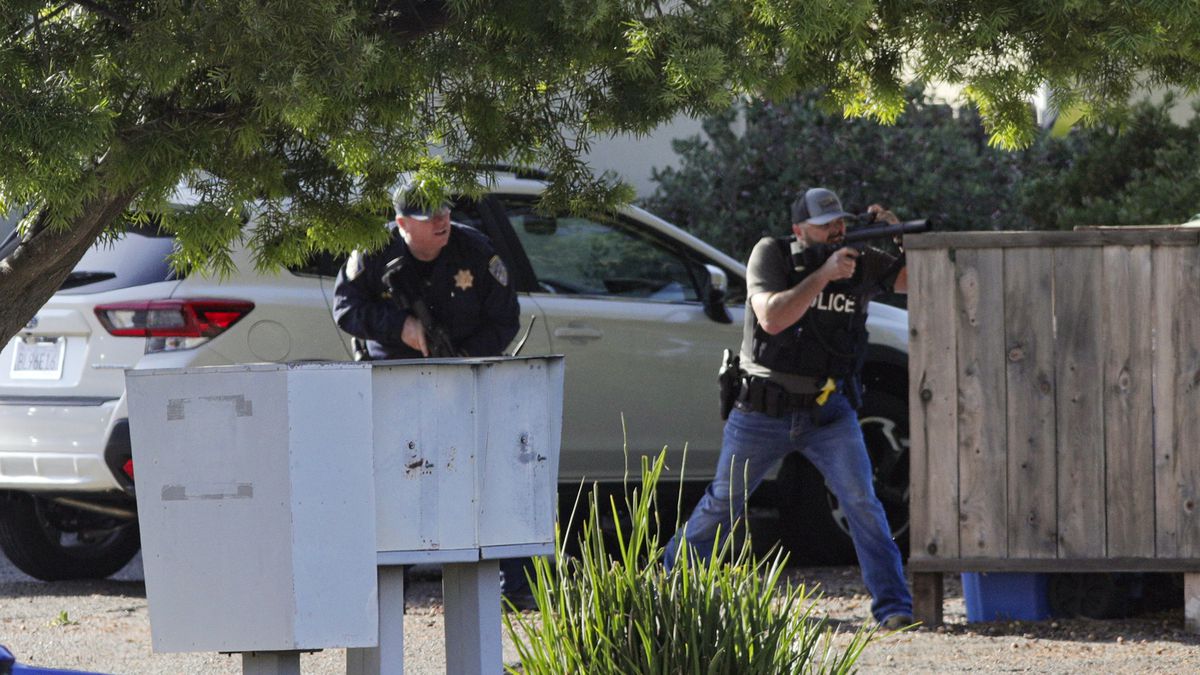 Few details have been released, including the identities of the officers or the suspect. It’s also unclear what the search warrant was related to.

The second officer remained hospitalized in stable condition as of about 1 a.m.

“This is a tragedy beyond measure for all of those who serve and care about our community,” San Luis Obispo City Manager Derek Johnson said in a statement. “Our deepest condolences go out to the family. We are devastated by this loss.”

Victoria Torres, a neighbor who lived in an apartment across from the suspect, told the San Luis Obispo Tribune that she heard loud knocking, then what she believed to be gunshots.

Then, she said, she saw a man with a “big gun” shooting at officers through his front door.

Another witness said she heard 15 to 20 gunshots after police knocked on the apartment door.

“I would have never expected something like this to happen, especially down here because it’s like, it’s mostly just like families and stuff,” Monica Rochte, 31, told the Tribune. “Some care homes down the way. The only time we have an ambulance is because one of the older people at that care home needs care.”