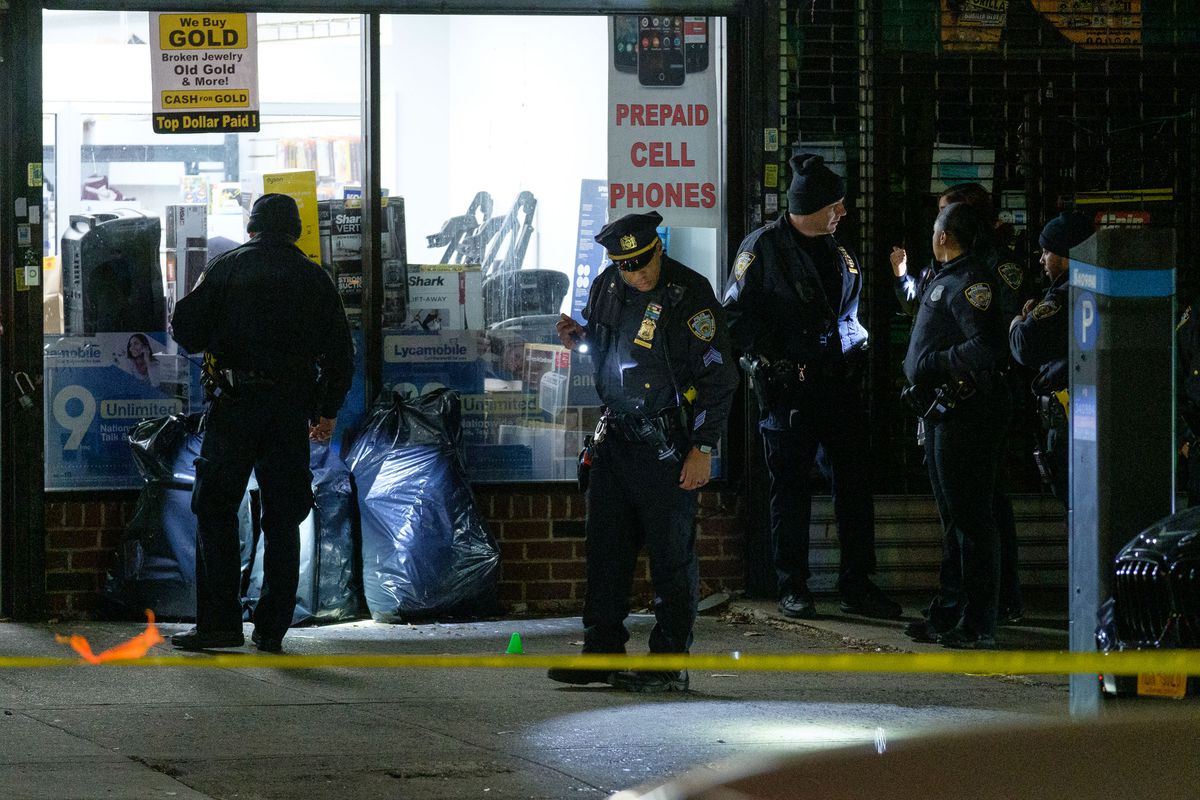 A 28-year-old man was killed and two other men were wounded Thursday when a gunman sprayed bullets at a group of people outside a Jamaican restaurant in Canarsie, Brooklyn, police said.

A second man also died in a shooting in Williamsburg, said cops.

In the Canarsie incident, Aaron Vincent was struck once in the throat and found lying unresponsive on the sidewalk by police outside Nicky’s Jamaican Cuisine at E. 80th St. and Flatlands Ave.

Vincent, who lived around the corner from the shooting scene, was pronounced dead at Brookdale University Hospital.

The two other victims arrived at the same hospital by their own means a short time later, police said.

Witnesses told cops a man dressed in black open fire on the men before fleeing in a white sedan.

All three victims have criminal histories and appear to be the intended targets of the gunman. The two surviving men were “highly uncooperative” when questioned by cops, said law enforcement sources.

In Williamsburg, Augustin Santiago, 34, of Bedford-Stuyvesant, was shot in the chest outside the JMZ Broadway Deli by the Brooklyn-bound steps of the Marcy Ave. subway stop around 5:50 p.m.

The gunslinger let go at least three rounds in what police sources are calling “a drug-related shooting,” hitting his intended target once before fleeing on foot.

Santiago was rushed to Kings County Hospital but could not be saved, cops said.

There are no arrests in either attack, police said.