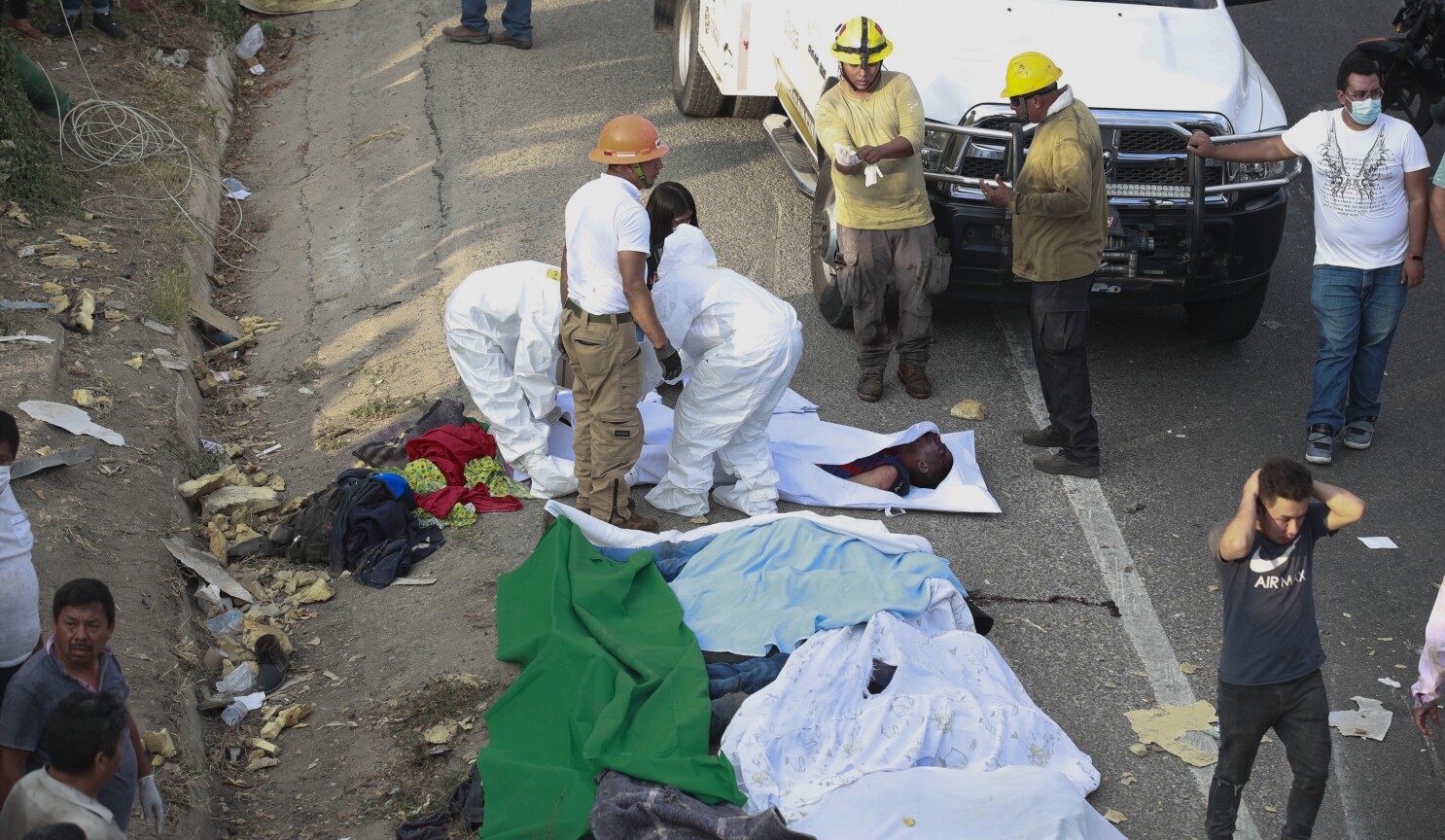 At least 53 people are dead and 54 more were injured when a cargo truck carrying migrants hit a bridge over a southern Mexico highway Thursday.

ABC News reports that the casualties appear to be passengers from Central America. Chiapas state civil defense official Luis Manuel Moreno said 21 of the people hurt were hospitalized with serious injuries. Some of the injured were from Guatemala, including one man who told the Associated Press it seemed the vehicle was moving quickly, then went out of control because of the heavy human cargo.

That survivor said there were up to 10 children in the truck. He said some migrants were from Honduras as well.

Rescue workers covered the dead in white sheets and lined them up along the highway. They worked to separate those killed from survivors needing help inside and around the flipped trailer.

Some of the injured stumbled around the wreckage trying to gain their bearings. Ambulances left the scene carrying multiple people in each vehicle.

The freight truck involved in the bloody wreck is the kind that’s typically used to transport perishable goods. Passengers reportedly paid up to $3,500 to be driven to Puebla, Mexico. From there, it’s believed many of them would likely have looked for a way to the U.S. border.