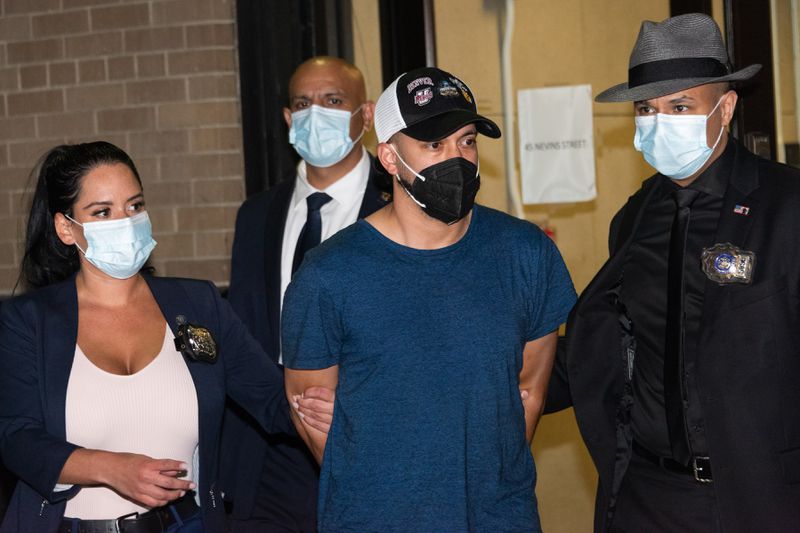 A Brooklyn cabbie is accused of raping a 12-year-old passenger, climbing into the back seat to assault her before he drove her home, police said Tuesday.

The preteen victim was visiting her grandmother’s house near the corner of Myrtle and Carlton Ave. to pick up a new bicycle about 6 p.m. Monday, police sources said. Her mom called a livery service on Vanderbilt Ave. to order a car to drive her home, the sources said.

But the cab’s driver, Rafael Martinez, 32, had different plans, cops charged. He pulled over, parked the car, and got into the back seat, where he allegedly raped her, cops charged.

He then got back behind the wheel and dropped her and the bicycle off at her home, near Ralph Ave. and Fulton St.

The girl went to Woodhull Hospital that night with her parents, and police arrived there to investigate.

Police arrested Martinez on Tuesday. The vehicle’s GPS recorded where he stopped to allegedly rape her, sources said.

“We have enough evidence to corroborate her story. There’s both physical and electronic evidence,” one police source said. “You know what surprised me the most? He knew we were coming, and he waited. He stayed instead of getting on the next plane out.”

Martinez said nothing to a throng of reporters as he was led out of the NYPD’s Brooklyn Special Victims Unit office on Nevins St. in Boerum Hill.