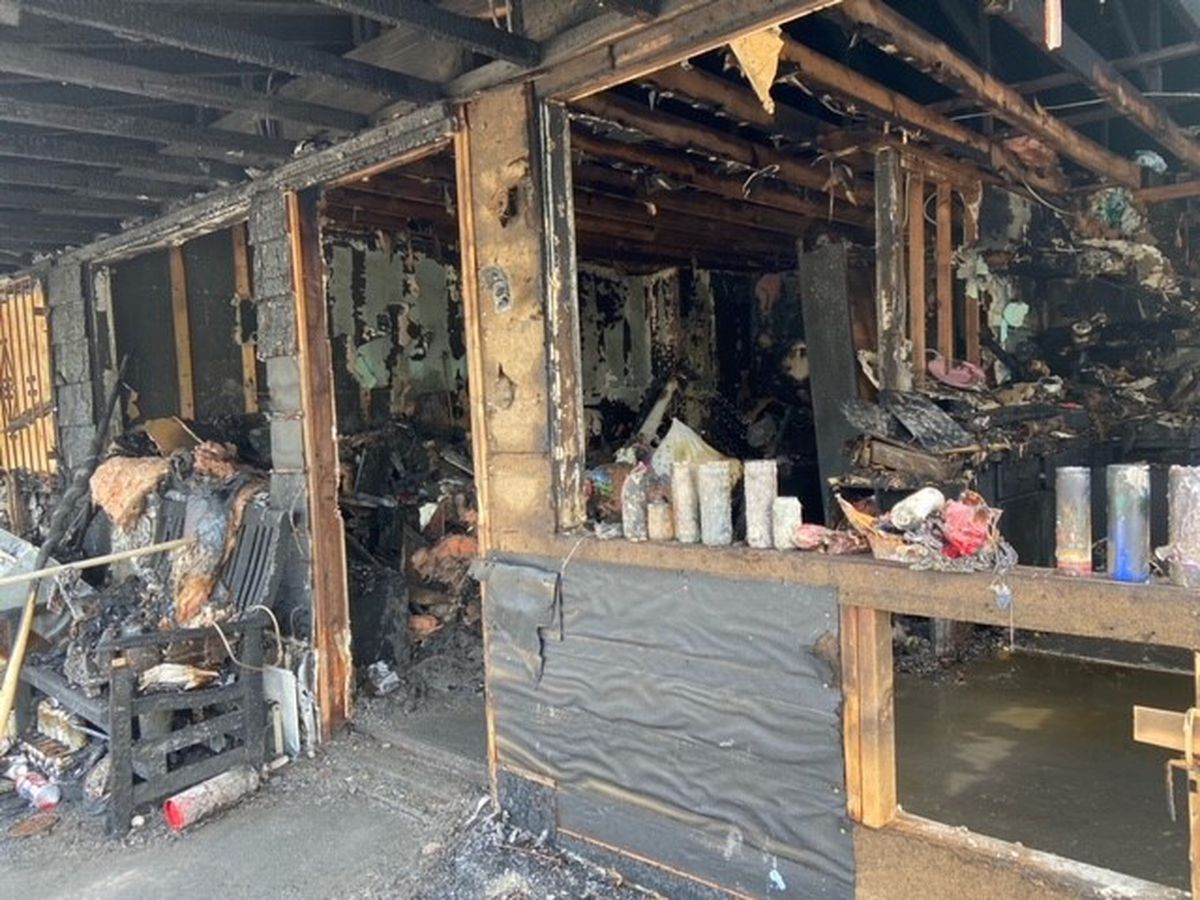 Firefighters found Matthew Pichardo unconscious inside the two-story home on Hillmeyer Ave. near Beach 69th St. in the Arverne section of the Rockaways about 6:25 a.m., officials said.

Candles, dolls what looked like animal bones and a small shrine were visible in the burned-out remains of the house Sunday afternoon. Neighbors said the home’s occupants performed rituals there.

An FDNY spokesman would not speculate on the cause of the blaze, saying only that fire marshals were investigating.

The blaze has been deemed suspicious, and authorities are investigating whether it was a case of arson, according to sources.

The two-alarm blaze ripped through the building, leaving the second floor completely charred and burned out. It took 106 firefighters an hour to bring the blaze under control, officials said.

Yehezkel Fishbach, who owns the home next-door, where the fire spread, said he’d regularly see rituals at the house.

“They would have 50 candles and everybody would sit around the fire. They would do voodoo stuff and cut chickens and goats,” Fishbach said.

Another neighbor, who didn’t give a name, said, “They were doing some type of sacrifices. They had a bunch of animals and crates. It was weird.”

The neighbor added, “My heart goes out to the father.”

The boy’s dad, who neighbors said owns the home, declined to speak with a reporter.

Early Sunday, Fishbach recounted, “I got a phone call from one of the tenants, and the fire marshal called me and told me my building was on fire.”