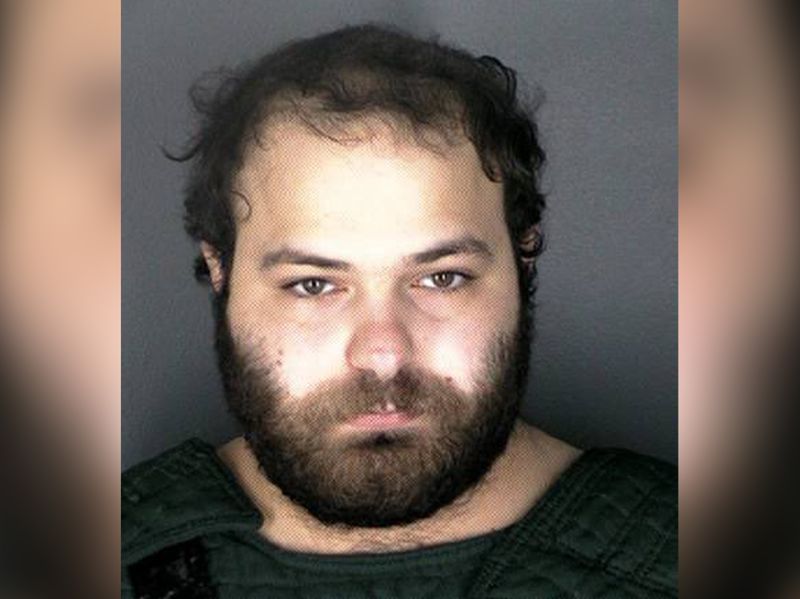 Witnesses said the shooter was wearing a green tactical vest and toting a AR-15 during the senseless rampage around 2:40 p.m. Monday, according to the arrest warrant affidavit obtained by the Daily News.

The prior Friday, Boulder County District Judge Andrew Hartman ruled the city could not enforce its two-year-old ordinance banning the possession, transfer or sale of assault weapons and large-capacity magazines.

In his 22-page ruling, the judge said Boulder officials had no power to override the state’s power to regulate firearms when they enacted the city’s 2018 assault weapons ban.

Though it wasn’t clear Tuesday where exactly Alissa purchased his weapon and whether the ruling affected the sale, the court decision received new scrutiny in the aftermath of the bloodshed considering assault guns are a weapon of choice for active shooters.

According to the affidavit, Alissa had both a “possible AR-15″ rifle and a semiautomatic handgun in his possession when he started spraying bullets.

“Employees observed the suspect shoot an elderly man in the parking lot. The suspect then walked up to the elderly man, stood over him and shot him multiple additional times,” the affidavit states.

As terrified bystanders ran for cover, Alissa allegedly stalked shoppers in the refrigerator section, the filing recounts in chilling detail.

During a shootout with cops, Boulder Police Officer Eric Talley was shot in the head, the heartbreaking filing reveals. A SWAT team using a portable body shield was able to drag Talley’s body out of the store during the chaos, but he was already dead.

Alissa was hit with a “through and through” gunshot wound to his upper right thigh and surrendered, the filing says. He was seen “walking backward to the SWAT Team to be taken into custody” wearing only his shorts with blood visible on his right thigh around 3:30 p.m, the paperwork states.

“The suspect did not answer questions, though he asked to speak to his mother,” the filing reveals. “Alissa told paramedics he was not using any medications.”

A woman stopped outside Alissa’s suburban house identified herself as a sister-in-law who had seen Alissa “playing with a gun she thought looked like a ‘machine gun’ about two days ago,” according to the affidavit.

She said members of the household were “upset with Alissa for playing with the gun in the house and took the gun,” but she conceded it might have ended up back in his possession.

In an interview with the Daily Beast, Alissa’s brother described the suspected shooter as paranoid and anti-social.

“[It was] not at all a political statement, it’s mental illness,” Ali Alissa, 34, claimed. “The guy used to get bullied a lot in high school. He was like an outgoing kid but after he went to high school and got bullied a lot, he started becoming anti-social.”

He also recalled his brother saying someone was following him while in high school.

“When he was having lunch with my sister in a restaurant, he said, ‘People are in the parking lot, they are looking for me.’ She went out, and there was no one,” Ali claimed. “We didn’t know what was going on in his head.”

Ahmad previously pleaded guilty in 2018 to an assault charge stemming from a 2017 incident in which he allegedly punched a fellow student who “had made fun of him and called him racial names weeks earlier,” Denver news station KDVR reported, citing court documents.

Authorities identified the victims who lost their lives in the senseless shooting during their Tuesday press conference.

A motive for the shooting was not immediately determined, officials said.

Talley, who had seven children, was killed after showing up first to the scene. No other officers were injured, police said. Talley began working for the Boulder Police Department in 2010.

“I want to say to the community, I am so sorry this incident happened, and we are going to do everything in our power to make sure this suspect has a thorough trial and we do a thorough investigation,” Herold said during the press conference.

Alissa was being treated at a local hospital before he was expected to be booked into the Boulder County Jail. His first court appearance was set for Thursday.

“These were people going about their day, doing their shopping. I promise the victims and the people of the state of Colorado that we will secure justice,” he said.

Matthew Kirsch, the acting U.S. Attorney for Colorado, vowed that “the full weight of federal law enforcement” would support the investigation.

Investigators from the federal bureau of Alcohol, Tobacco, Firearms and Explosives were at the crime scene, along with FBI agents.

“My heart aches today, and I think all of ours does, as Coloradans, as Americans, for this senseless tragedy, a loss of life as we hear those names,” Colorado Gov. Jared Polis said. “Boulder County’s a small community. We’re all looking over the list. Do we know anybody? I’m sure that we know people that know people. People of all ages.

“People who started their day with a cup of coffee and reading the morning paper, or perhaps getting their kids ready and putting on a winter coat to go out,” Polis continued. “Maybe they were making last-minute spring break plans, but none of them expected that this would be their last day here on the planet.”

The shooting took place less than a week after a gunman opened fire at three massage parlors in Atlanta, killing eight people, including six women of Asian descent.

The back-to-back tragedies followed a lull in mass shootings in the U.S. during the coronavirus pandemic in 2020.