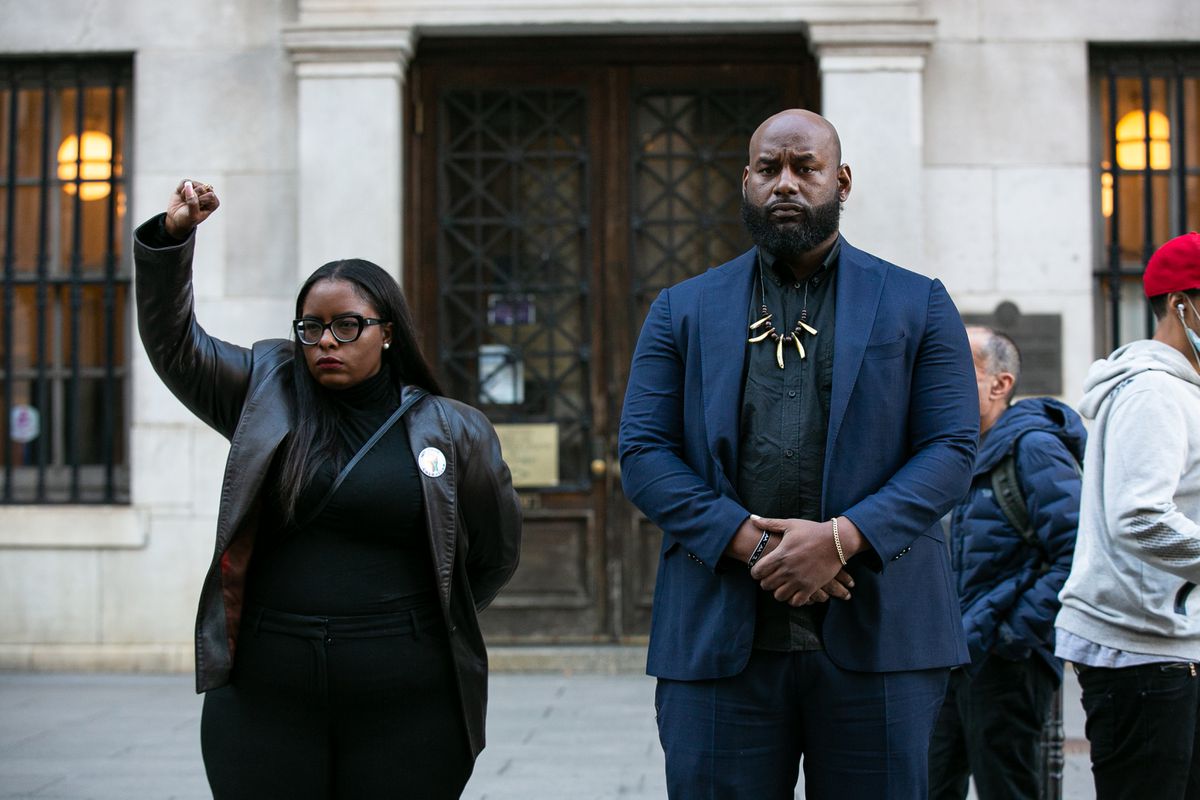 Leaders of the city’s Black Lives Matter movement on Wednesday threatened “riots” and “bloodshed” in the streets if Mayor-elect Eric Adams reverses the abolition of the NYPD’s controversial anti-crime units.

“If he thinks that they’re going to go back to the old ways of policing, then we are going to take to the streets again. There will be riots, there will be fire and there will be bloodshed because we believe in defending our people,” said Hawk Newsome, co-founder of Black Lives Matter of Greater New York, after a heated meeting with Adams in Brooklyn Borough Hall.

“So there is no way that he is going to let some Gestapo come in here and harm our people,” Newsome told the Daily News. “We pray for peace but … prepare for the worst.”

On the campaign trail this year, Adams drew ire from progressives by vowing to reinstate the anti-crime units, which were disbanded at the height of 2020′s Black Lives Matter protests.

“We will shut the city down. We will shut down City Hall, and we will give him hell and make it a nightmare,” said Chivona Newsome, a BLM co-founder and sister of Hawk Newsome.

During the sitdown — which took place behind closed doors, but was livestreamed on Instagram by an attendee — Adams and the BLM activists got into a shouting match as they argued over police policies.

The incoming mayor erupted when Hawk Newsome told him the organization would hold him responsible for any future misconduct by NYPD officers.

Adams replied: “You’re on the ground: Stop the violence in my community. I’m holding you accountable.

“Don’t hold me accountable,” Adams went on. “Being the mayor, being the borough president, being the state senator — I put my body on the line for my community, so I’m not here for folks to come and say, ‘Eric, we’re gonna hold you accountable.’

Adams’ finger-pointing prompted Chivona Newsome to interject: “You’re the mayor of New York! There’s only so much we can do.”

Chivona Newsome pressed on, telling Adams she believes public safety will improve if as mayor he creates better jobs and education.

“That’s a government issue,” she said.

The activists were furious after the meeting.

Hawk Newsome said he heard nothing from Adams to suggest he will seek to fundamentally reform the NYPD.

Earlier in the meeting, a third activist, Dez Marrero, tried to elicit specifics from Adams on his plans for the police department, telling the soon-to-be mayor that he uses “the word ‘we’ a lot” without elaborating.

“Brother, I mean, have you been living under rock?” Adams said, adding he has been “fighting injustices” over the course of his decades-long career as an NYPD captain and a politician.

“The same things I’ve been doing over the past 35 years I’m going to continue to do, and maybe you should look at those things I have done.”

Chivona Newsome told The News after the meeting that she was personally offended by Adams’ way of speaking to her and her fellow activists.

“I don’t know if it was misogyny or ageism, but as the only woman in the room, as the co-founder of Black Lives Matter of Greater New York, Mayor-elect Adams thought it was best to correct me, and he wants to know how he can hold me accountable,” she said.