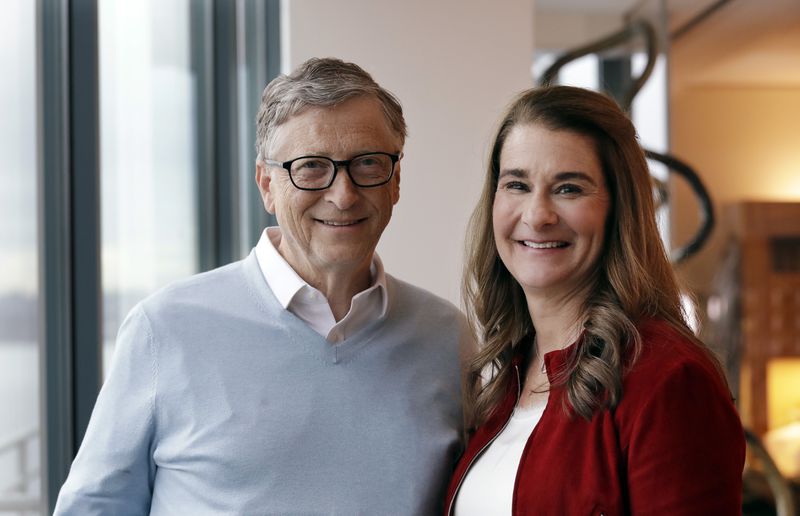 Another mega-billionaire power couple has busted up.

Microsoft co-founder Bill Gates, once the richest guy on the planet, whose net worth is over $100 billion, and his staggeringly wealthy wife Melinda Gates — who’s worth $70 billion — announced Monday they’re getting divorced but will keep working together at the Bill & Melinda Gates Foundation, the world’s largest private charitable foundation.

The pair broke the divorce news in identical tweets.

“Over the last 27 years, we have raised three incredible children and built a foundation that works all over the world to enable all people to lead healthy, productive lives,” each of them wrote on Twitter. “We continue to share a belief in that mission and will continue our work together at the foundation, but we no longer believe we can grow together as a couple in this next phase of our lives.”

The split will be under the microscope — becoming the second breakup of a Seattle-area multi-billionaire power couple, and one that’ll reportedly be settled without a prenup.

Amazon CEO Jeff Bezos and MacKenzie Bezos finalized their divorce in 2019. MacKenzie Scott is now remarried and has her own philanthropy after getting a 4% stake in Amazon, worth more than $36 billion.

According to TMZ, divorce documents from Melinda Gates ask for a ruling that the marriage ended “as of the date in the separation contract.” The contract isn’t included, but its existence indicates there’s no prenup, TMZ reported. She isn’t asking for any spousal support, and requests an April 2022 trial.

The Gates’ foundation, which Bill, 65, and Melinda, 56, started in 2000, is the largest such private organization in the world, worth more than $40 billion.

The couple got hitched on Hawaii’s Lanai Island on Jan. 1, 1994. They met after she started working at Microsoft as a product manager in 1987.

In her 2019 memoir, “The Moment of Lift,” Melinda Gates wrote about her childhood, life and private struggles as the wife of a public icon and stay-at-home mom with three kids. She recounted how she won Bill Gates’ heart after meeting him at a work dinner, sharing a mutual love of puzzles and beating him at a math game.

For his part, according to the 2019 documentary “Inside Bill’s Brain,” the Microsoft honcho decided whether to marry his sweetheart by listing the pros and cons on a whiteboard.

Melinda Gates also detailed in her memoir how the power pair navigated imbalances in their marriage and parenting, noting that working together at the foundation made their relationship better.

“Bill and I are equal partners,” Melinda Gates said in a 2019 interview with The Associated Press. “Men and women should be equal at work.”

Bill Gates stepped down from the board of Microsoft last year as the coronavirus pandemic enveloped the world, spending more time with the foundation, of which he and Melinda Gates are co-chairs and trustees. The two said they plan to continue fulfilling this mission together.

But as the public face of the foundation’s COVID-19 grants and advocacy work, Bill Gates also came under fire for being a staunch supporter of intellectual property rights for vaccine makers. While the tech icon says protecting the shots’ recipes will ensure incentives for research and development, critics claim that mentality hampers supply in favor of drug company profits.