Bannon gets green light to stay out of N.Y. court on federal scam charges due to COVID 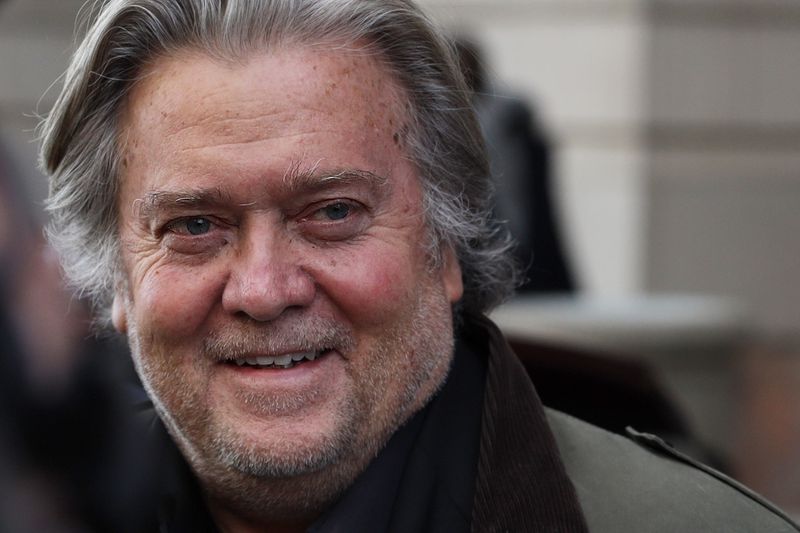 Steve Bannon may be facing years behind bars but at least he can do his next court appearance in his swim trunks.

The right-wing flame-thrower got permission to appear via video next Monday for a Manhattan hearing on charges that he scammed donors who gave millions to a charity claiming to build a stretch of a wall along the border with Mexico.

Bannon, 66, was busted last week on a multi-million dollar yacht owned by a Chinese billionaire where he has lived for the last few months.

He brushed aside charges alleging he siphoned about $1 million from the $25 million funds to pay personal expenses and fund a salary for a co-defendant.

“This entire fiasco is to stop people who want to build the wall,” Bannon told reporters after posting $5 million bond, sporting a suntan from his life of leisure on the water.

Prosecutors say thousands of pro-Trump true believers gave to the fund after organizers falsely claimed that every penny would be spent on the politically-divisive wall.

Trump repeatedly vowed to make Mexico pay for the wall but abandoned that plan once he won the presidency. Instead, he has raided taxpayer funds to build limited sections of the barrier.

Next week’s hearing on August 31 will be primarily legal housekeeping including another arraignment for Bannon and how the case will proceed.