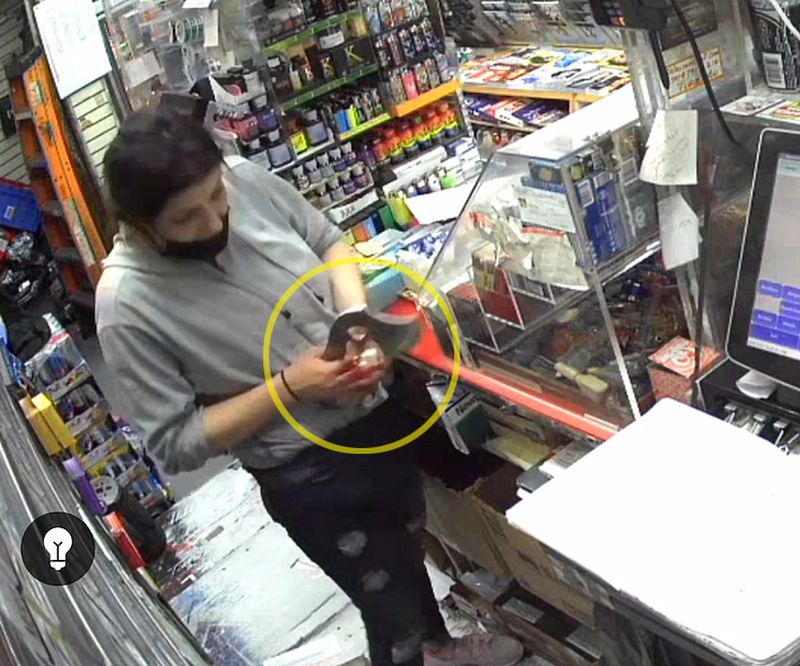 An ax-wielding attacker chopped a woman’s leg, took over a magazine store and locked herself in an elevator during a bizarre Upper East Side rampage Monday night, police sources said.

The surreal scene unfolded in an apartment on E. 85th St. at York Ave. at about 8 p.m., when the attacker got into an argument with her 28-year-old victim, sources said.

The victim and suspect knew each other and were at a mutual friend’s place when the 22-year-old attacker used a small hatchet to hack a gash into her right shin, sources said.

“I was scared. I looked at my ankle and I was bleeding. It was very weird,” the victim told the Daily News.

The woman then climbed out of the apartment window and used the fire escape to get on the building’s roof. Somehow, she made her way back to ground level and rushed into International News and Magazines, on E. 86th St., scaring the clerk.

The clerk told The News she grabbed two packs of cigarettes and told him, “These are $30, I’ll pay you back.”

Video shows her milling around inside the store and grabbing something from the counter.

“I know her as a customer. Her palms were covered in blood. She had an ax,” said the clerk, who didn’t give his name. “She came in my store and said, ‘Help me. They’re coming to kill me.’ She kept talking about ‘the cat, the cat, they’re going to kill the cat.’

He said he ran outside, terrified, and called the police.

“She was a very nice lady. I can’t believe she did this. We used to talk about stocks,” he said.

The clerk said she even started serving customers at one point. He joked, nervously, “No doubt, we’re going to hire her.”

The woman then got on an M86 bus, but stepped off after it traveled a single block, police sources said.

She rushed into an apartment building on E. 86th St. near York Ave., and pleaded for the doorman there to help her.

“She said ‘Hide me!’ I said, ‘No, you have an ax!’” the shocked doorman told The News. “Then she ran into the elevator and locked herself in. I was bugging out.”

The NYPD’s Emergency Service Unit coaxed her out of the elevator about 20 minutes later and took her into custody.

Before police took her away, the attacker told a reporter, ”Please, sir, oxygen, I need oxygen. Please help me, sir. Please, officers.”

Charges against her are pending.

The doorman, who had just come off his break, said the incident threw him for a loop.

“At least I’m not tired anymore,” he said. “I’m not going to be able to sleep tonight.”