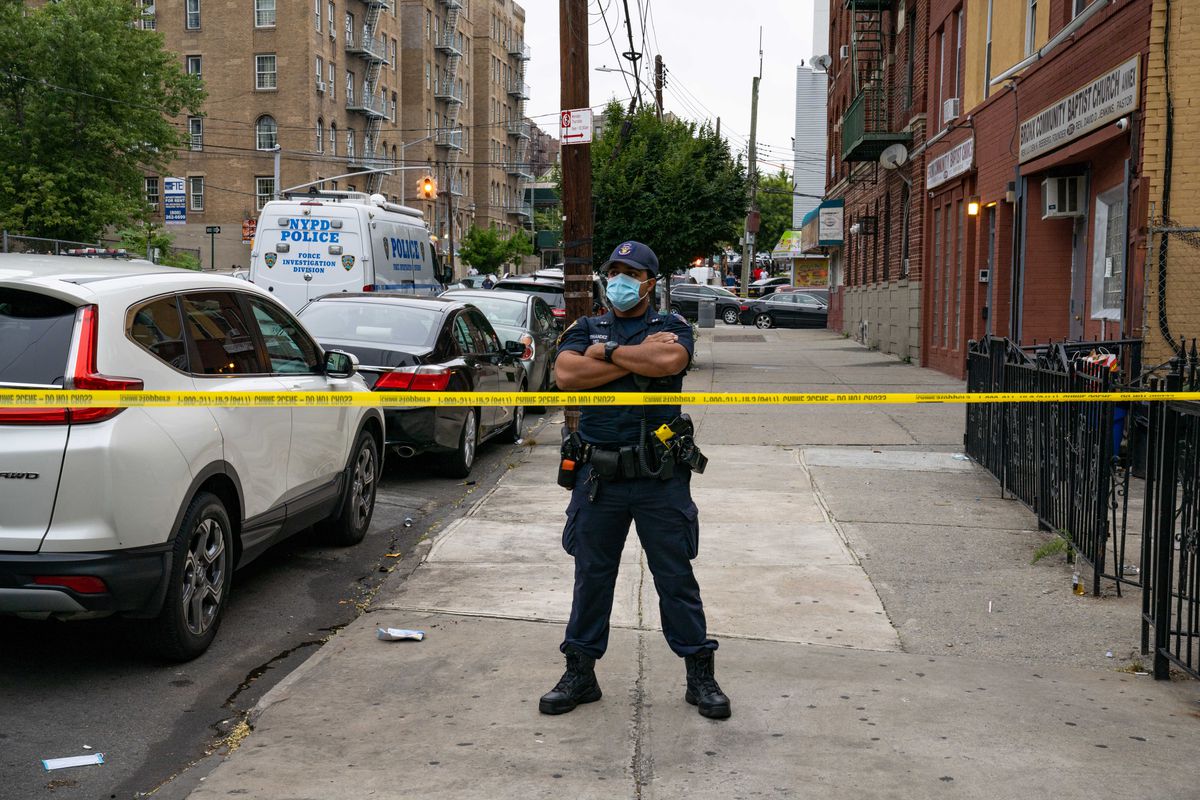 A Bronx father who picked up his dying son’s gun to continue a gun battle with NYPD cops was hit with a raft of charges early Monday, police said.

Rafael Rosado, 44, is charged with attempted murder, illegal gun possession, illegal use of a firearm and reckless endangerment.

Rosado and his son Mike Rosado, 24, got into a bottle-throwing brawl with a rowdy crowd on the corner of Valentine Ave. near 180th St. in Tremont about 4 a.m. Sunday.

Mike Rosado pulled a gun and began shooting at the group. Witnesses said 10 rounds may have been fired.

He was spotted by two off-duty police officers who engaged him. They told him to drop the gun, but he pointed it at them and fired without hitting anyone.

The officers fired back and fatally struck him once in the chest, cops said.

That’s when his father grabbed the son’s gun and allegedly traded shots with the officers. No one was hit.

Rafael passed the gun to a nearby woman and tried to get away but cops quickly arrested him.

The Daily News obtained video showing much of the chaotic encounter.

Rafael has roughly 60 prior arrests, including for drug possession, assault and weapons possession.

Activists planned to march on the 46th Precinct stationhouse Monday afternoon to protest the death.

His mother Marta called in an “unfortunate nightmare” in a online fundraising request.

“My son was shot and killed by off duty cops,” she wrote.

“It would mean a lot to my grandkids, daughter in law, myself and my family if we can come together and give him the farewell he deserves. He’s being portrayed as something he’s not. He was a very loving, caring, responsible, reliable man.”