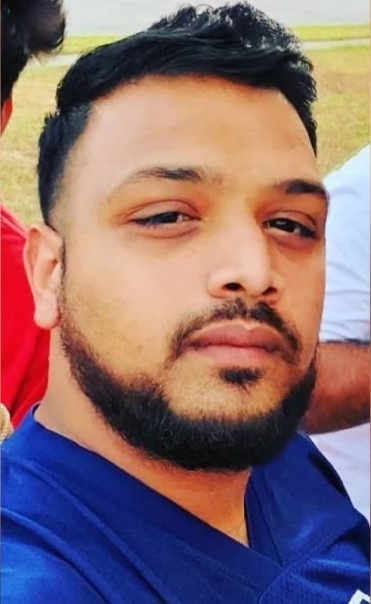 A 27-year-old man who died during the mayhem at Travis Scott’s Astroworld Festival on Friday helped his fiancée to safety, his brother said.

Emergency responders were not able to save Mirza Danish Baig, who got caught up in the horrific scene at the concert, where massive crowds stampeded toward the stage, People reported.

“He managed to get it to where she was able to get out,” the man’s brother, Ammar Baig, told the magazine.

“Somehow, the ambulance managed to get to her and then, by the time they got to my brother, they tried resuscitating him. And they said that before they got to the hospital, he couldn’t make it.”

Danish Baig was among at least eight people who died at the concert. He made the trip from Dallas to the festival at NRG Park in Houston with his fiancée, Olivia.

Officials say the victims ranged from 14 to 27 years old.

Authorities are now searching for answers for what led to the chaos, where dozens of people were also injured.

Houston Police said Scott’s headlining performance continued for about 40 minutes after officials alerted festival personnel about issues within the crowd.

Saturday’s performances at the two-day festival were canceled.

“I’m absolutely devastated by what took place last night,” Scott, 30, said Saturday. “My prayers go out to the families and all those impacted by what happened at Astroworld Festival.”