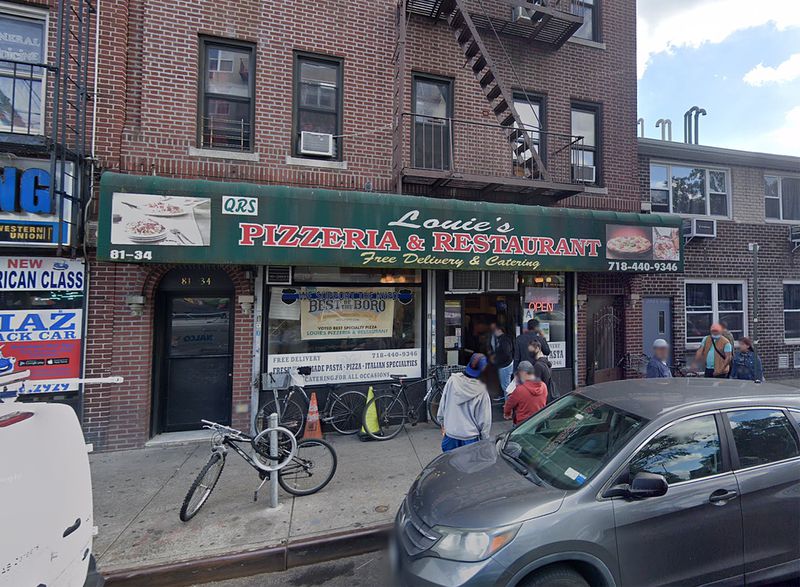 Two brothers-in-law busted after a heroic Queens pizzeria owner and his dad battled the purse-snatching pair had in recent weeks attacked local residents — including a 75-year-old woman, police said.

Suspects Robert Whack, 30, and his brother-in-law Supreme Gooding, 19, were charged in the March 16 theft where the pair made off with $2,500 cash after robbing the septuagenarian as she stood clutching her cane, according to court documents. Surveillance video captured Gooding laughing as they fled with the victim’s purse, the court papers indicated.

“I hit his a–,” Whack told police of his brawl with the March 21 victim. “I always carry my knife with me. I stabbed him twice.”

Pizzeria owner Louie Suljovic, 38, and his 68-year-old dad Cazim rushed to the aid of the latest victim this past Saturday, with the suspects stabbing the older man nine times outside the family business after the pair interrupted another purse-snatching.

Both father and son suffered collapsed lungs from knife wounds, with the 61-year-old woman stabbed as well, cops said.

“My father sees a woman getting attacked by three people,” the owner told reporters. “They were robbing and stabbing her. My father yells my name, and I come out. We’re not letting these guys get away at all. … They all have knives. It was crazy, right?”

A criminal complaint said police recovered a bloody knife from Whack’s jacket pocket, and he once again confirmed the weapon was his.

“Yes, this is my knife,” he was quoted as saying in court papers. “And I just used this knife in the stabbing.”

The gutsy father and son stepped up in stark contrast to a Midtown beating and robbery inside a McDonald’s this past Monday, where witnesses simply watched as the victim was knocked unconscious by a parolee who was later taken into custody.

“The man is a machine,” Louie Suljovic said about his dad. “They don’t make them like that anymore. I’m better. It can be tough to breathe, but I’m better.”

Whack, arrested with 39 bags of heroin in his possession, was jailed on $450,000 bail, while Gooding was held on $250,000 cash bail at his arraignment, said a spokeswoman for the Queens DA’s office.

“Those dudes started coming over. …. And the lady started screaming,” Whack allegedly explained after his arrest outside the pizza place. “Honestly, I didn’t know what to do, so I just stabbed him. I was trying to get them off Supreme.”

The suspects were accused of attempted murder, robbery, felony assault and other charges in the pizzeria case, police said. The duo face additional charges of grand larceny, assault, attempted assault, criminal possession of a weapon and harassment in their prior case, court documents indicated.

The first elderly victim was opening the door to her Elmhurst apartment building when she felt someone yank her purse and walking cane as she was struck in the leg from behind with an unknown object, authorities charged.

A criminal complaint said Gooding snatched the beige bag, with Whack running behind him from the scene. When presented with video evidence, he identified himself and Gooding.