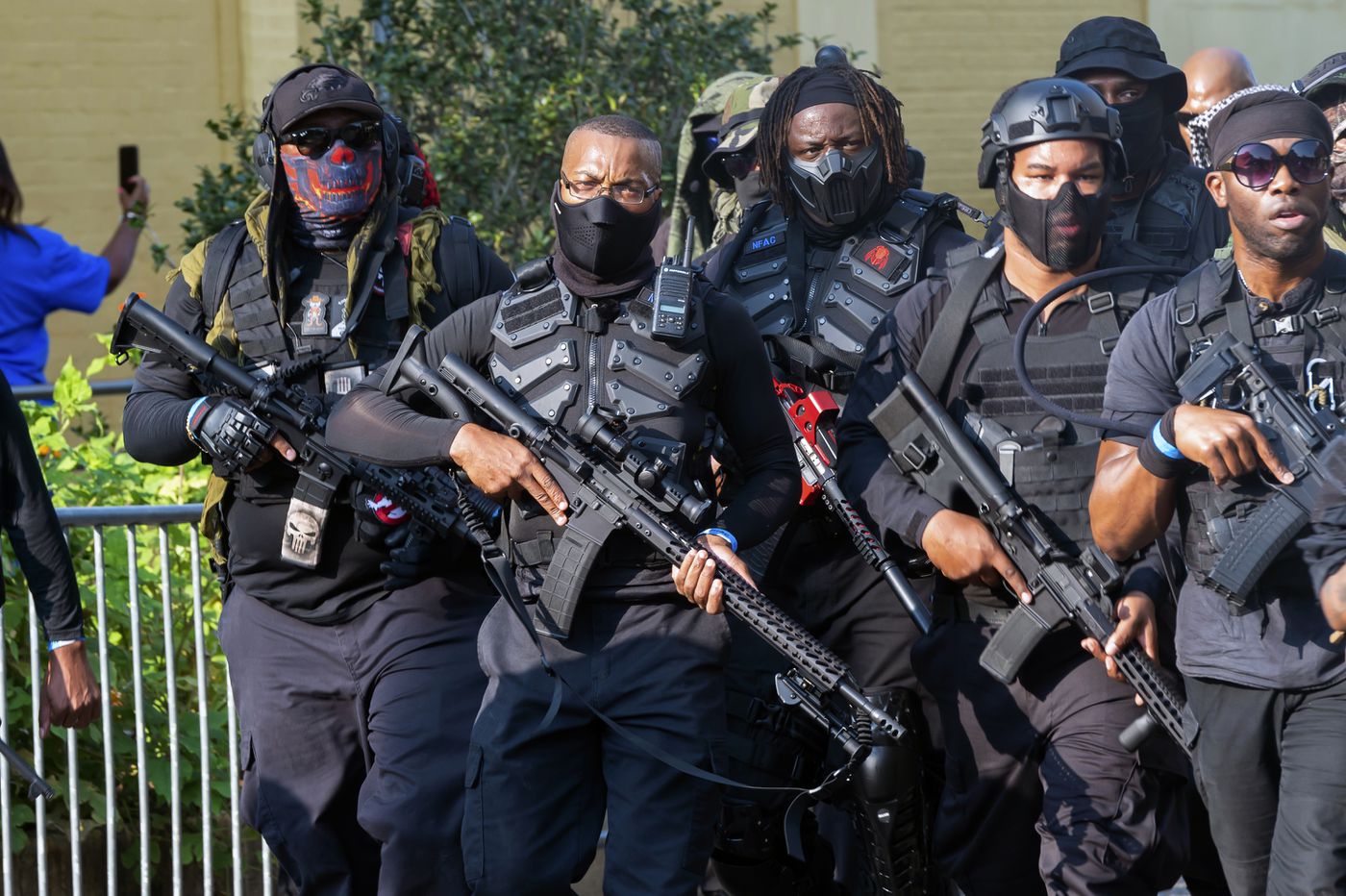 An armed militia led a protest march in Lafayette, La., Saturday after police shot and killed a Black man.

The group, dubbed the Not F—— Around Coalition (NFAC), has made appearances at several protests in recent months, including after the death of Ahmaud Arbery in Georgia.

Saturday’s demonstration was held in honor of 31-year-old Trayford Pellerin who was shot by Lafayette police on Aug. 21 after police responded to a call concerning a disturbed individual with a knife at a gas station.

The march also occurred after Congressman Clay Higgins reportedly threatened members of the group in a Facebook post.

“Me? I wouldn’t even spill my beer,” Higgins, a former sheriff’s deputy, wrote on Facebook under a photo of the group. “I’d drop any 10 of you where you stand. We don’t care what color you are. We don’t care if you’re left or right.”

Higgins later denied he had apologized to John Fitzgerald Johnson, the leader of NFAC who also goes by “Grandmaster Jay.”

The group, clad in black and carrying different types of guns pointed at the ground, obtained a permit from the city prior to the march. The group stopped several times to kneel during the march.

The NFAC’s goal is to help the Black community stay safe and teach more Black Americans about their rights and responsible gun ownership.

One man, who is reportedly not a member of NFAC, was arrested during the protest after “accidentally” firing his gun, the Lafayette Parish Sheriff’s Office said.