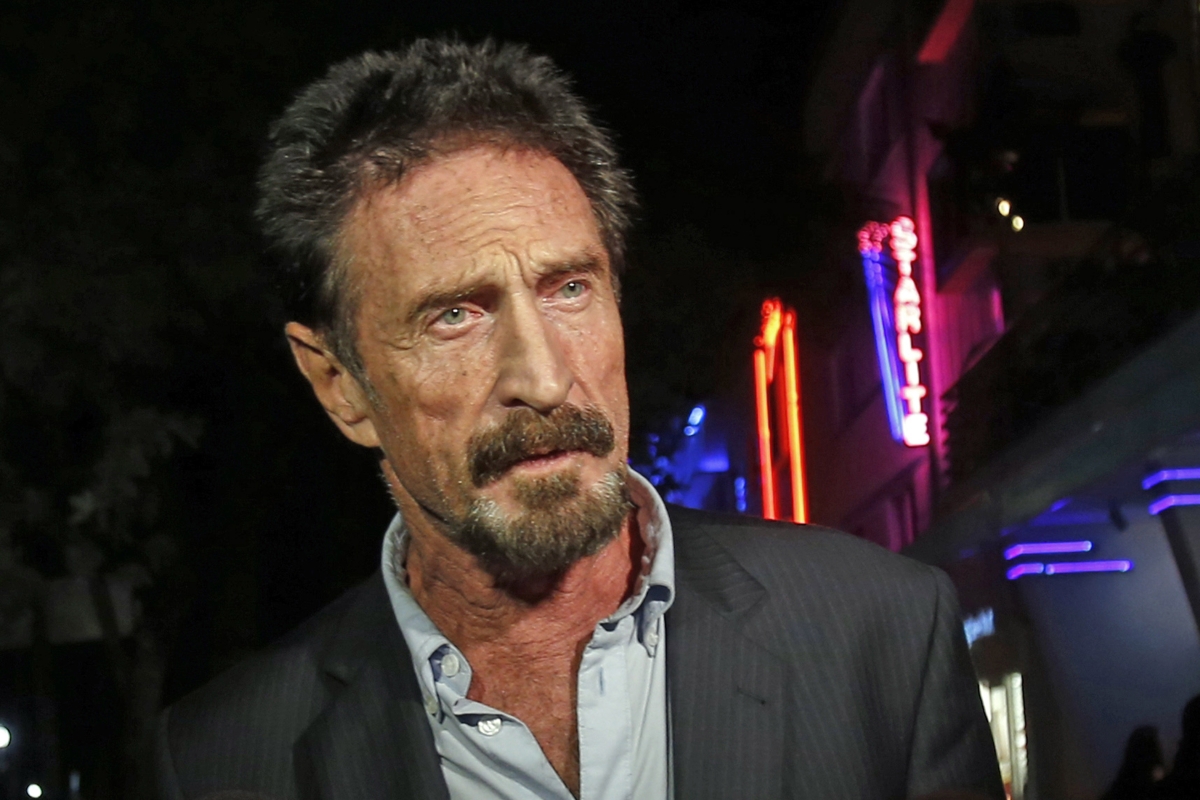 John McAfee, the eccentric founder of the antivirus software company bearing his name, was found dead inside a jail cell Wednesday shortly after Spain’s National Court approved his extradition to the U.S., according to Spanish government officials.

The 75-year-old cybersecurity pioneer, who faced federal charges of tax evasion and cryptocurrency-related crimes, appears to have died by suicide while being held at a penitentiary near Barcelona, Madrid-based newspaper El País reported. The regional Catalan government confirmed to The Associated Press that a U.S. citizen died at the facility, but it did not mention his name or a possible cause of death.

The shocking development came just hours after Spanish authorities ruled in favor of sending him back to the U.S., a decision that could still be challenged in court. McAfee, who could have faced decades in prison if convicted, had argued that the charges against him were politically motivated.

The controversial entrepreneur was arrested at Barcelona’s international airport in October after American prosecutors accused him of failing to file tax returns from 2014 to 2018 despite earning millions of dollars from cryptocurrencies, speaking engagements, consulting work and selling the rights to a documentary about his life.

The aspiring Libertarian politician , who ran two long-shots bids for president in 2016 and 2020, fooled the Internal Revenue Service by having the money deposited into the bank accounts and cryptocurrency exchange accounts of other people, according to federal prosecutors in Tennessee.

In March, he and his bodyguard Jimmy Gale Watson Jr. were slapped with new charges in Manhattan federal court. The pair was accused of running a $2 million pump-and-dump scheme of cryptocurrency through McAfee’s Twitter account in 2017 and 2018.

Prosecutors said the suspects used the platform to promote different cryptocurrencies “through false and misleading statements” and then sold their stake in those digital tokens once prices rose, raking in more than $13 million. They were also accused of promoting cryptocurrencies on Twitter without revealing they were being paid to do so.

Watson, who was arrested in Texas, is still fighting the charges against him.

McAfee was also arrested in the Dominican Republic in 2019 after he and five other people were accused of traveling on a yacht carrying high-caliber weapons, ammunition and military-style gear. He was released after four days in custody.

McAfee was also investigated in connection with the murder of a neighbor in Belize. He then fled that country, was eventually arrested in Guatemala and was set to be extradited, but he was released after suffering two small heart attacks — which he later claimed he had faked.

Just days ago, McAfee posted a defying message on his Twitter account challenging the charges against him.

“The US believes I have hidden crypto,” the June 16 post reads. “I wish I did but it has dissolved through the many hands of Team McAfee (your belief is not required), and my remaining assets are all seized. My friends evaporated through fear of association. I have nothing. Yet, I regret nothing.”

The U.S. Department of Justice did not immediately return a request for comment Wednesday afternoon.