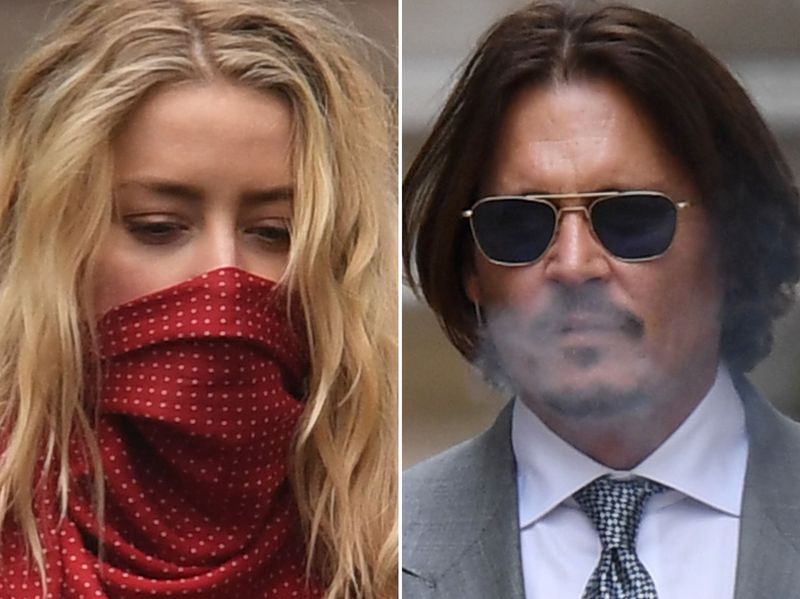 The third week of Johnny Depp’s libel case against British tabloid The Sun kicked off Monday with his ex-wife Amber Heard testifying that he threatened to kill her “many times” during a tumultuous relationship in which she allegedly endured “punching, slapping, kicking, head-butting and choking.”

The actress and model, speaking from the witness stand at London’s High Court, said her fellow Hollywood star blamed his actions on “a self-created third party” that he allegedly referred to as “the monster.”

She also described a 2015 incident in Japan where a discussion over a prenuptial agreement turned violent.

“There was an argument in a hotel room in Tokyo that resulted in Johnny kneeling on my back and hitting me on the back of the head,” Heard told the British court. Winona Ryder says Johnny Depp was ‘never, never’ violent during their 4-year romance.

Depp is suing The Sun’s publisher, News Group Newspapers, and its executive editor, Dan Wootton, over a 2018 article that described him as a “wife beater.” His former spouse is not a target in the lawsuit, but the paper’s defense team says the story was based on 14 incidents in which Heard accused Depp of hitting her across multiple locations, including Los Angeles, Australia, the Bahamas and on a private jet.

Depp, 57, and Heard, 34, officially divorced in 2017 amid constant accusations of physical and emotional abuse against each other. They had met on the set of the 2011 comedy “The Rum Diary” and got married four years later.

In a written statement to the court, the “Aquaman” actress doubled down on her allegations against Depp, claiming “some incidents were so severe that I was afraid he was going to kill me, either intentionally or just by losing control and going too far.”

Heard also denied accusations that she herself was abusive and that she was a heavy drinker and drug user.

Her testimony is expected to last three days. It follows nine days of testimony by Depp and several of his current and former employees who have defended the “Pirates of the Caribbean” star.

The actor has called Heard’s claims a “hoax” and accused her of concocting a fake dossier against him as “an insurance policy.” He told the court he decided to end their tempestuous relationship after she or one of her friends allegedly left a pile of “human feces” on their bed following a party at the couple’s Los Angeles penthouse in 2016.

The actress has blamed the incident on her dogs.‘Human feces’ found in Johnny Depp’s bed was last straw in relationship with ex-wife, actor says »

Sasha Wass, a lawyer for The Sun, previously told the court that Depp once smashed glass bottles in the couple’s rented house in Australia, screamed at Heard, threw her onto a table, hit her head against a refrigerator, snorted cocaine and swigged Jack Daniel’s from the bottle.

Depp acknowledged dealing with a substance abuse during part of their relationship, but he has repeatedly denied hitting her. He also recalled telling his ex-partner several times that their relationship was “a crime scene waiting to happen.”