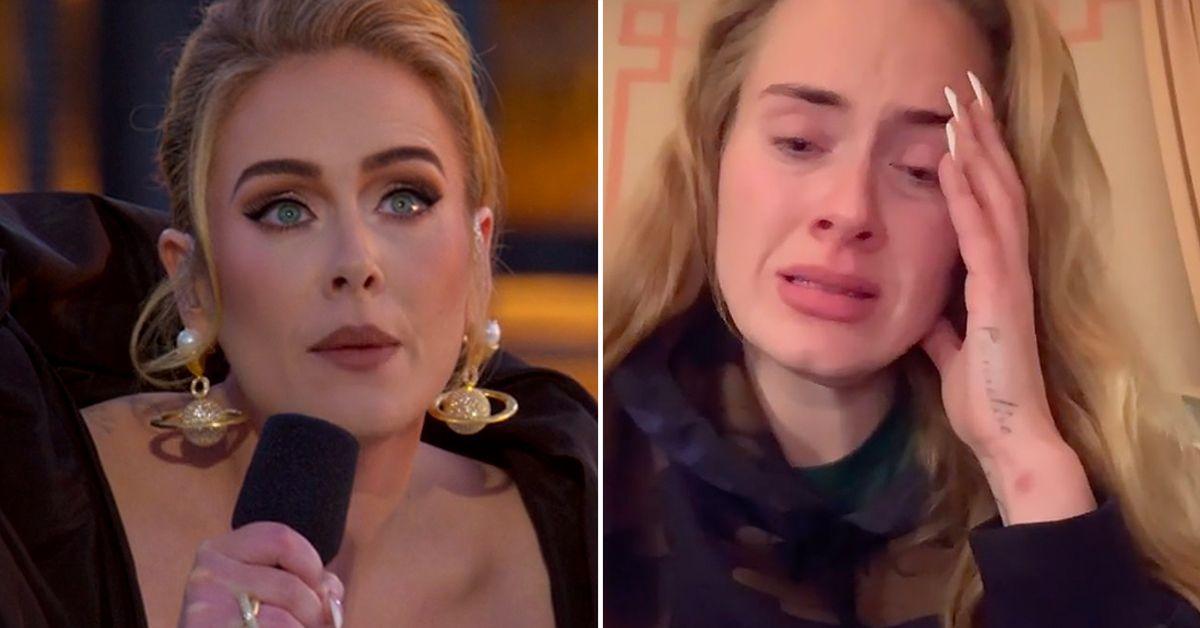 Adele canceled her concerts in Las Vegas because of problems with her boyfriend, sports agent Rich Paul, I’ve heard.

The “Hello” singer called off her Caesars Palace shows less than 24 hours before last Friday’s scheduled curtain-raiser. Adelewas in tears when she explained to her fans, many of whom were already in Sin City, the reasons for pushing back the residency, which was supposed to open with performances running into April.

“My show ain’t ready,” she said last week. “We’ve tried absolutely everything that we can to put it together in time, and for it to be good enough for you. But we’ve been absolutely destroyed by delivery delays and COVID.”

But things may not be as simple, my source tells me.

As soon as she bowed out of her residency, Adele flew to Los Angeles to be with Paul, of Klutch Sports Group, who manages NBA star LeBron James among other athletes, the source said.

“There’s trouble in paradise,” said my source. “That’s why she can’t perform.”

Maybe she just missed him too much.

Jenny Zaharia, the soon-to-be ex-wife of hedge fund billionaire John Paulson, has been missing lately, spending a lot of time in her native Romania.

Before Paulson filed for divorce, he bought a $105 million mansion in Palm Beach, Fla., but Jenny hasn’t been inside.

“She never liked the jet-set life and the parties. She’s happy to return to Romania, where she grew up,” a source said.

Since there was no pre-nup when Zaharia married Paulson — before he became a billionaire short-seller and she bore him two daughters — she could win a substantial divorce settlement.

“She met him when she was bartending at Nello’s,” my source said in reference to the Madison Ave. restaurant. “Paulson fell for her and gave her a job.”

Nello Balan, who no longer runs the restaurant that bears his name, was named the godfather of the couple’s first daughter.

“Jenny used to live in Queens, and now she’s the queen,” laughed my source.

Palm Beachers expect Paulson to use the mega-mansion with his girlfriend, Alina de Almeida, an Instagram health guru, once the divorce is over.

A spokesman for Paulson told me, “John and Jenny Paulson are working toward an amicable negotiated resolution. There will be no further comments.”