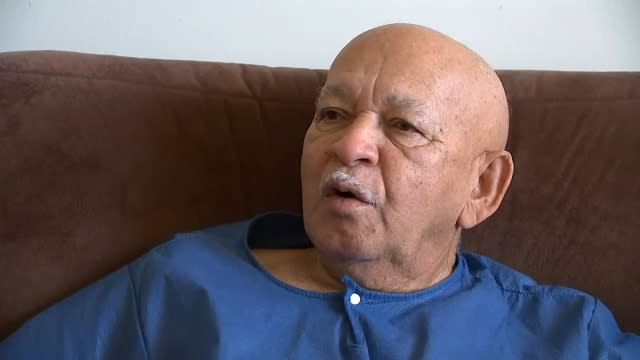 Police in New Jersey are investigating a triple shooting in which a 79-year-old man was among the injured, and that victim is speaking out to the authorities.

Efrain Mendez was wounded along with a 26-year-old man and a 29-year-old man in the area of Clinton Street and North Main Street in Paterson around 3:40 p.m. Sunday.

Mendez, who speaks Spanish, said he was leaving a friend’s house at the time — and that he’s lucky to be alive.

The bullet entered his left thigh, going through and out the other side. He says it felt like he was hit by a rock.

Mendez was near the corner when the shots rang out.

All three victims were transported to Saint Joseph’s University Medical Center with non-life threatening injuries, but Mendez is another innocent victim in shootings involving multiple people — and he says safety has to be a priority.

“He believes there needs to be more police patrols in the area where this is an issue,” his daughter said.

He is calling on President Joe Biden to take action, because there are shootings everywhere, Buffalo, Uvalde, Chattanooga and in Paterson.

Mendez is expected to make a full recovery from his bullet wound, but he feels fortunate this wasn’t worse.

“He says he feels blessed because it didn’t hit anything else,” his daughter said.

The investigation is active and ongoing.

The Passaic County Prosecutor’s Office asks anyone with additional information about this incident to contact Passaic tip line at 1-877-370-PCPO or tips@passaiccountynj.org or contact the Paterson Police Ceasefire Unit at 973-321-1342.