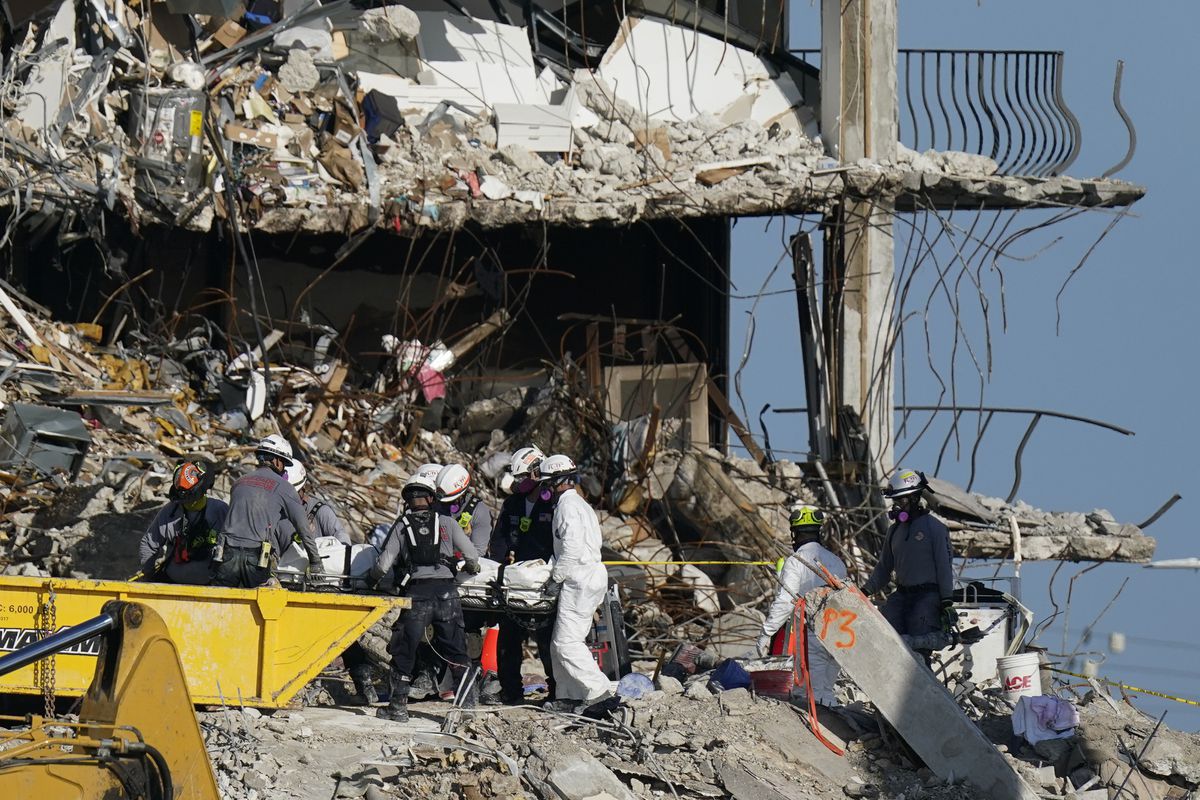 Two more victims were pulled from the rubble of a collapsed condo in South Florida, including the 7-year-old daughter of a Miami firefighter who has been on the site every day since last week’s disaster, officials announced Friday.

The additional bodies raise the official death toll from the Surfside tragedy to 20, a number that was likely to increase further as 128 people remain unaccounted for. The child found Thursday night is one of three children recovered from the wreckage so far. Her name and the identity of her father have not been released.

“It goes without saying that every night has been immensely difficult for everybody, and particularly the families who have been impacted,” she said. “But last night was uniquely different. It was truly different and more difficult for our first responders.

The firefighter was at the recovery site when workers pulled his daughter from the rubble, Miami Mayor Francis Suarez told the Miami Herald. Despite reports that it was the grieving father who recovered the child, the mayor said the man was not digging at the time.

Suarez said the city’s fire department and the firefighter’s family asked for privacy as they are “understandably grieving.”

“This tragedy has haunted so many of us because so many of us know someone who was in the building or was affected by this tragedy,” he told reporters at the news conference.

The age of the second victim found Thursday was not immediately known.

The massive search-and-rescue efforts have drawn hundreds of first responders to the site since the partial collapse of the 12-story Champlain Towers South on June 24. The painstaking work was temporarily halted Thursday over fears that the remaining structure was unstable and could also come down, threatening the safety of rescue workers.

Engineers are considering whether to demolish the damaged tower, but Cava said the move would require an “extremely” delicate and methodical approach because of the impact it could have on the existing pile of debris. She also said it would take weeks, not days, until a demolition plan is put in place.

Rescue workers were facing another obstacle as the operation headed into its second weekend. A storm that was moving near the eastern islands of the Caribbean gained strength Friday morning and became a Category 1 hurricane — the first of the 2021 Atlantic storm season.

Hurricane Elsa, which was moving toward Barbados with wind gusts of up to 86 mph, was expected to hit the Florida Keys and portions of the Florida Peninsula early next week, according to the National Hurricane Center. It was not immediately clear if the storm would affect the Surfside operation, but local and state officials said they were closely monitoring Elsa’s movement and working on contingency plans.

Cava urged the community to support the many first responders who are risking their lives to try to find survivors in the wreckage.

“These men and women are paying an enormous human toll each and every day and I ask that all of you, please keep all of them in your thoughts and prayers,” she said. “They truly represent the very best in all of us and we need to be there for them as they are here for us.”