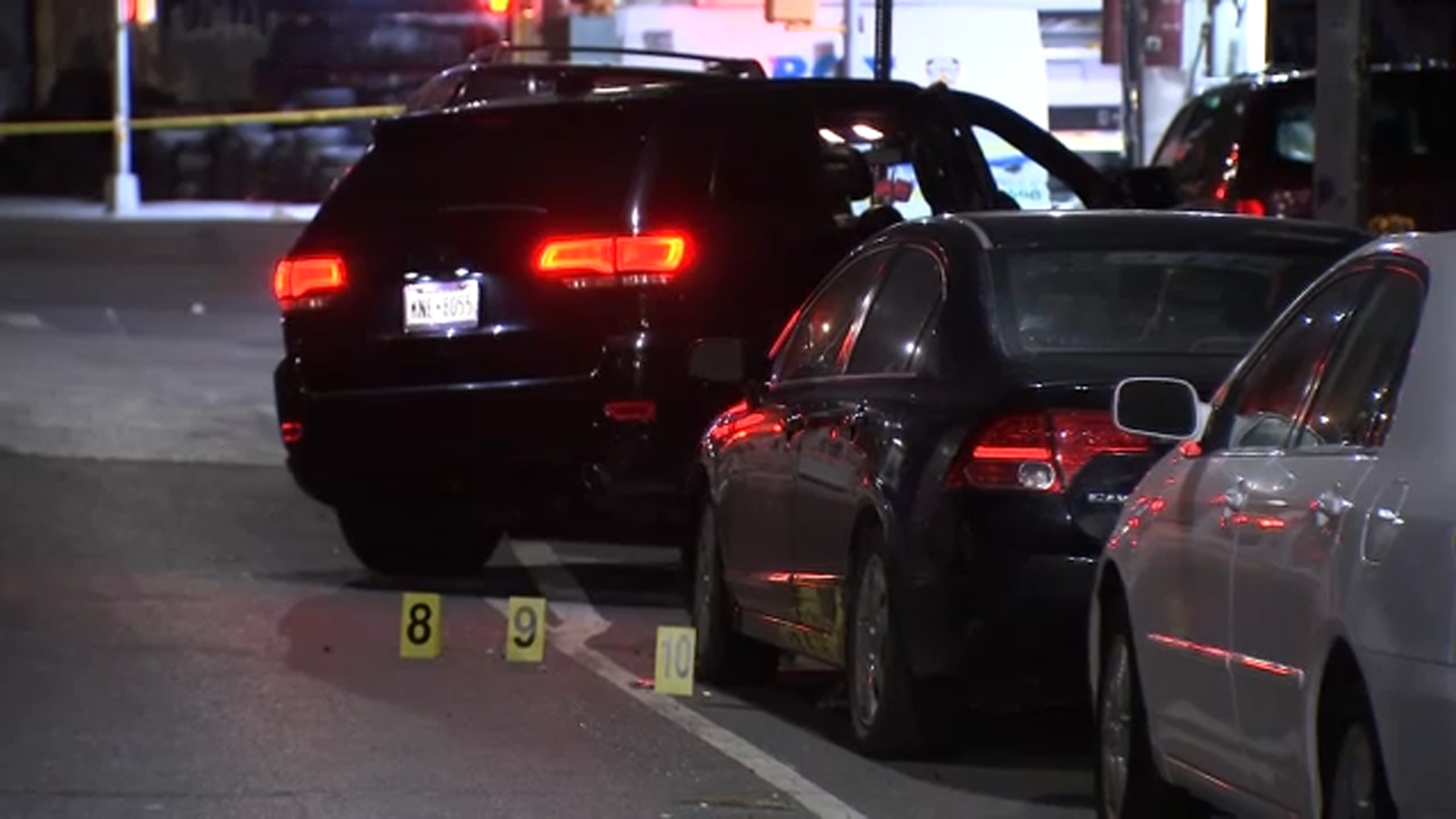 Three people were killed in the span of an hour in three separate incidents across New York City late Wednesday.

The deadly violence started just before 11 p.m. near the intersection of Classon and Atlantic Avenues in the Bedford-Stuyvesant section of Brooklyn.

Police said someone on a bicycle pulled up to the passenger side of a Jeep Grand Cherokee while it was stopped at a red light and fired into the vehicle.

A 37-year-old male passenger was struck in the chest and leg.

According to police, the 31-year-old woman who was driving the vehicle then stepped on the gas and ultimately crashed.

The male victim was taken to Kings County Hospital where he was pronounced dead.

The female driver did not appear to be injured, but was taken to the hospital for evaluation.

About 45 minutes later, police officers found a 30-year-old man who had suffered stab wounds inside of a vehicle on East Gun Hill Road in the Bronx.

He was later pronounced dead by EMS.

Police said an investigation revealed he victim had been stabbed during a dispute with another man not far away.

According to investigators, the victim then got in the car and tried to drive off, but struck a pole.

Around the same time, police officers in Queens discovered another gunshot victim in the back seat of a car on Sutphin Boulevard in South Jamaica.

The 32-year-old man had been shot in the neck and chest and was taken to Jamaica Hospital where he died.

Later, a 28-year-old man walked into the hospital with multiple gunshot wounds he told police were sustained at the same location.

No arrests have been made in any of the incidents and police said all were being investigated.

Meanwhile, a woman was recovering Thursday morning after she was caught in the crossfire while walking down the street in Queens.

The woman told police she was walking on 142nd Street in Jamaica just before 8 p.m. when gunmen in two separate cars were shooting at each other.

She was struck in the abdomen and was taken to Jamaica Medical Center.

Police responded to search for the suspect, who fled the scene on foot.

As police continued their search, the armed suspect attempted to climb a fence.

He inadvertently fired a shot while scaling the fence, with the bullet striking a 17-year-old woman standing nearby in the right foot.

Police responded to that shooting scene and took the suspect into custody. He is now being questioned in both shootings.