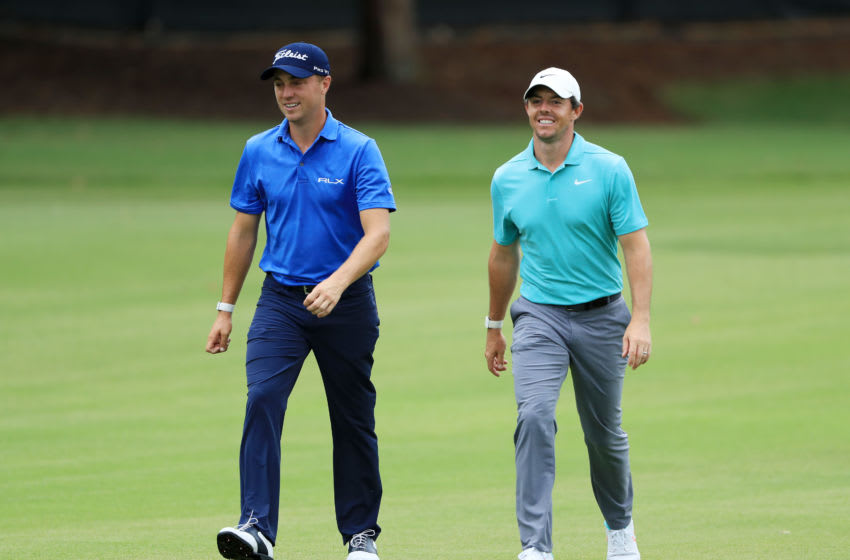 It’s crowded at the top of the golf world right now and it shows in the odds.

WGC fields are always well attended, but the 2020 WGC-FedEx St. Jude Invitational takes things to another level as the top eight players in the world and 27 of the top 30 players in the FedEx Cup Standings are set to compete in Memphis this week.

And if the odds are any indication, we should expect it to be a wide-open event at TPC Southwind.

There are only 78 players in the field of this no-cut event and 14 of them are listed at 30-1 or shorter.

We’ll start with Jon Rahm, fresh off his victory at Memorial two weeks ago. Rahm, the new World No. 1, is at the top of the odds at 10-1.

Thomas may not have a win during the Return to Golf, but the World No. 3 has been knocking on the door. He’s got three top-10 finishes, including an excruciating runner-up at the Workday Charity Open, in five events.

McIlroy has made the cut in all four events he’s played since the break but he hasn’t quite put it together yet. McIlroy’s price has dropped since the beginning of the Return to Golf when he was listed in the single-digits, but oddsmakers are clearly weary of dropping Rory too far down the board, especially considering he finished T4 here in 2019.

Brooks Koepka will be a polarizing play this week as he’s coming off three consecutive poor showings and is battling a knee injury, yet he’s also got some things going for him. Not only is Koepka the defending champ at this event but he always saves his best for golf’s toughest fields, so while you probably should steer clear of Brooks at a short price, it wouldn’t be that surprising if people start to bet him if he drifts too far. He’s currently listed at 33-1.

Speaking of past champions, who knows what to expect out of Dustin Johnson at TPC Southwind? The two-time champion looked like he had figured it out with his win at The Travelers but things have come undone since then. Johnson missed the cut at +16 at Memorial and then followed that up with a 7-over Round 1 card at the 3M before withdrawing with a back issue.

It’s hard to imagine many people will be looking to back Johnson (30-1) this week in any format.

Daniel Berger (28-1) is probably a name to keep an eye on in the early market. Berger could attract plenty of support considering that he won at this course two years in a row (2016, 2017) before this event became a WGC competition.

It also won’t be surprising if Collin Morikawa, who won the 2019 Barracuda Championship played opposite the WGC-FedEx St. Jude Invitational, sees his odds tumble as the week goes on — he’s currently 25-1. Morikawa is still new to the TOUR, but he’s already shown he can punch with the heavyweights this season and there’s no reason to doubt that he’s a threat to contend in Memphis.

Tommy Fleetwood showed a bit of rust in his return to the TOUR last week at TPC Twin Cities. The Merseysider didn’t make the cut and lost strokes on approach during his two-round jaunt in Minnesota. He’s 33-1 this week.

Tony Finau continued his good run of form at the 3M Open but came up just short once again. The 30-year-old’s struggles during the business end of tournaments are well documented but you’d be foolish to count him out even in a field of this caliber at 33-1.