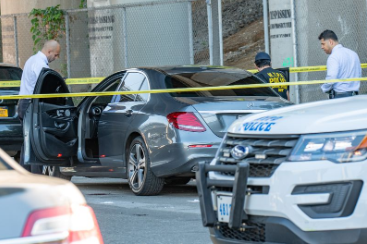 Two men were found dead shot in the backs of their heads in a parked vehicle in the Bronx early Thursday in what appears to be a double execution, police said.

Cops made the grim discovery when they responded to a 1:07 a.m. 911 call about a crowd gathered on Sedgwick Ave. near Depot Place next to the Major Deegan Expressway.

Officers found a 30-year-old man dead behind the wheel of a parked vehicle and a dead man in the passenger seat who they have not yet been able to identify.

Both victims had been shot in the back of the head and there were numerous shell casings found outside the vehicle.