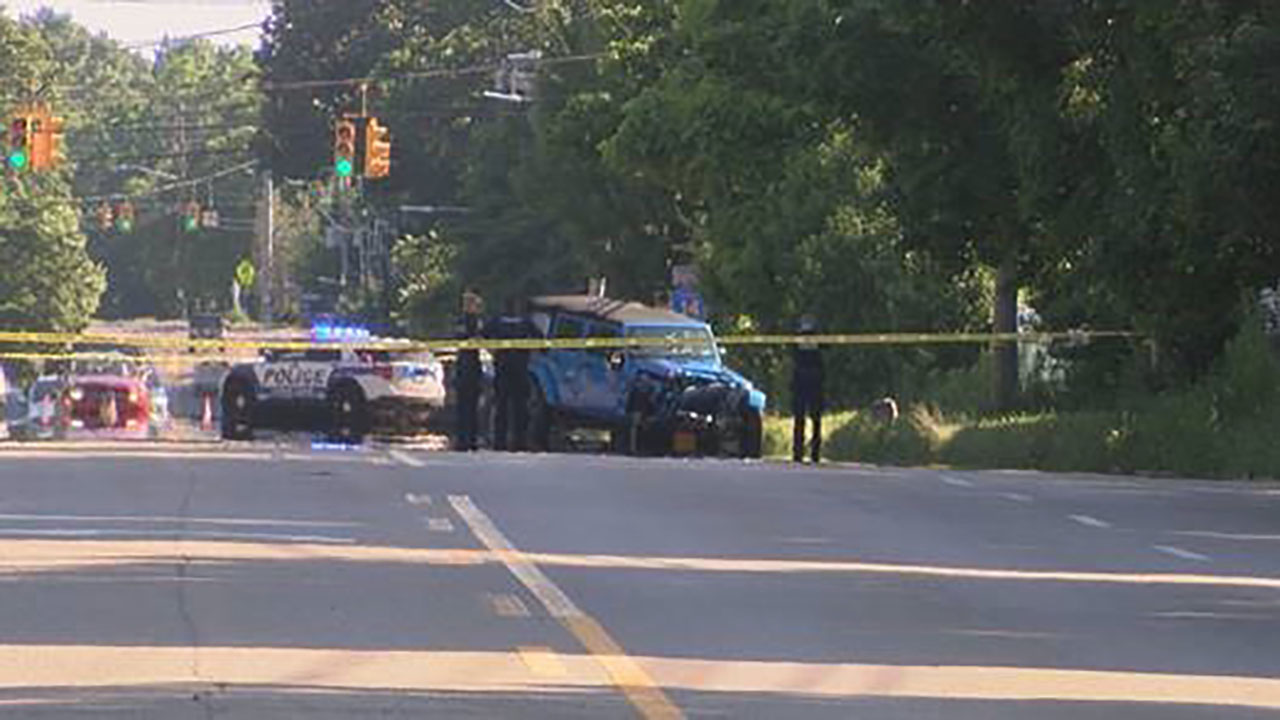 A Long Island community is in mourning after a 17-year-old high school was killed and several classmates injured in a crash Wednesday.

Suffolk County police say four teenagers who all attended Kings Park High School were in 2008 Ford Mustang traveling north on Indian Head Road in Commack around 3:45 p.m. when the driver swerved to avoid another vehicle and lost control.

The Mustang struck a Jeep Wrangler traveling on the opposite side of the road.

A female passenger in the Mustang, 17-year-old Isabel Carella, from Smithtown, was pronounced dead at the scene.

The driver of the Mustang, 17-year-old Dominic Crocitto, from Kings Parks, was transported to Stony Brook University with serious injuries, as were the two rear passengers, 16-year-old Joesph Gilbiino and 17 year-old Liam Freely.

The driver of the Jeep, 19-year-old Annalise Wilkes, of Commack, was also transported to Good Samaritan Hospital Medical Center in West Islip for treatment of non-life-threatening injuries.

Kings Park schools superintendent Timothy Eagen sent a letter to the families informing them of the crash and offering support to students.

“The Kings Park High School has a Crisis Intervention Team made up of professionals trained to help with the needs of students, parents, and school personnel at difficult times such as this,” he wrote. “Several of our district psychologists and additional mental health personnel will be available at KPHS tomorrow and throughout the rest of the week, for any student who may need or want help or any type of assistance surrounding this terrible incident. We will be utilizing the Counseling Center inside the building, as well as the area outside the building adjacent the grass soccer field for staging and support. We are here and ready to support each and every student in need.”