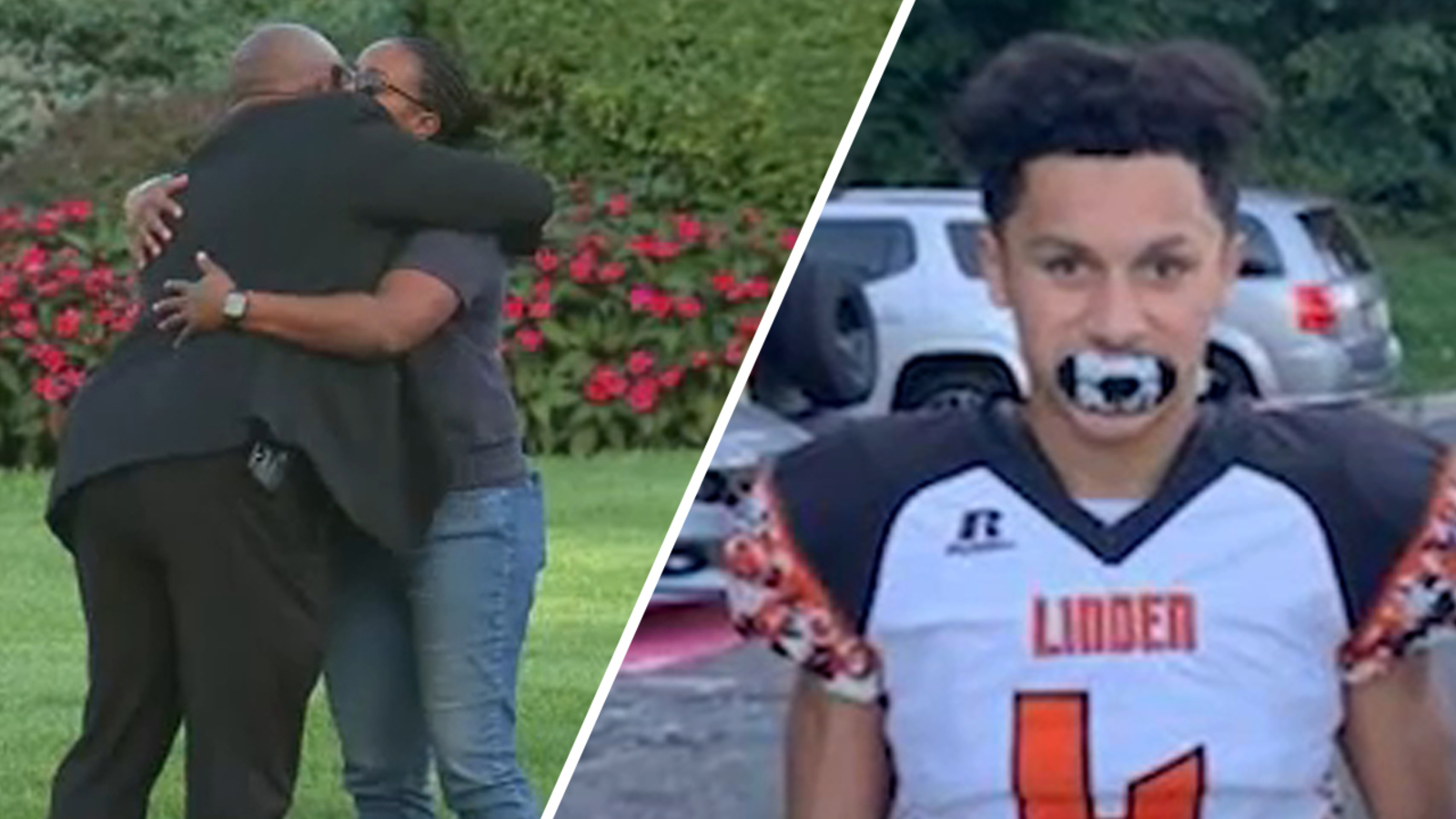 A funeral was held Thursday for Xavier McClain, a Linden, New Jersey high school football player who died weeks after he was injured in a game.

Family and friends gathered Wednesday evening for a wake for the 16-year-old.

McClain’s parents were distraught as they spoke out following his death last week.

McClain, a freshman at Linden High School, died after he suffered a serious injury during a game on September 9 against Woodbridge High School.

“I’m just going to try to put my life back together, and I just hope this don’t happen to no other kids playing ball,” Norm McClain said.

The pair, who say they normally attended all of their son’s games, regret the fact that it was the one game they missed.

We’ve never missed a game, but this one we missed,” Lisa said.

Norm had coached his son since he was five and watched him grow as a football player.

“One thing at a time, that’s all I’m asking. Just let us bury our son,” Norm said.

As the Linden community tries to come to grips with this football tragedy, the McClains struggle to stay strong, but realize it’s going to take time.

“That boy was loved. He was in every sport, social, bright, gifted and talented. And I’m never going to see him graduate high school,” Lisa said.

“The Woodbridge Township School District is saddened to hear the news… In speaking with the football coaches from Linden High School, Xavier was a dynamic young man whose positive attitude left an indelible mark on all those he interacted with,” the district said in a statement Friday.