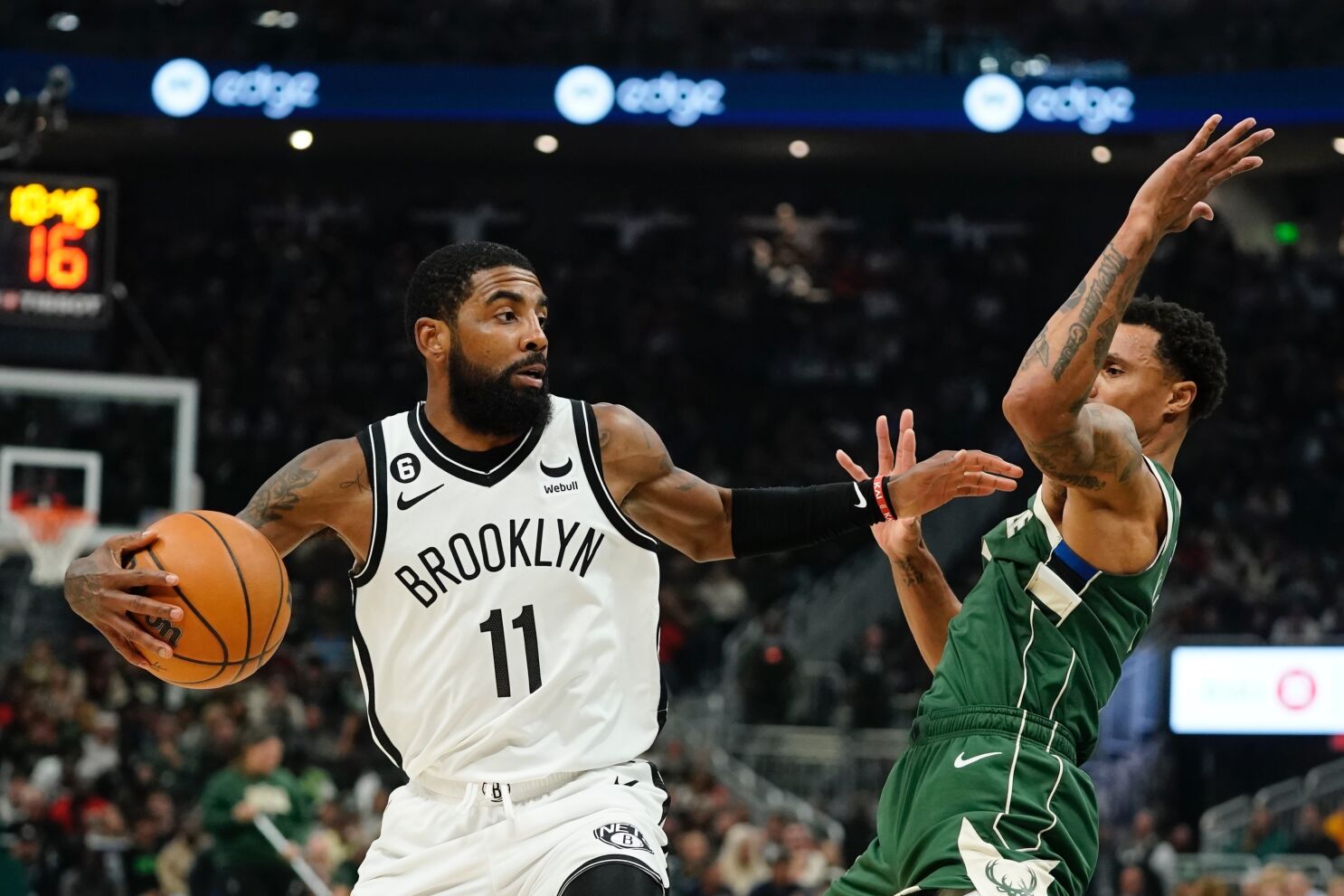 Brooklyn Nets owner Joe Tsai said Friday he is disappointed that Kyrie Irving appears to support a film “based on a book full of antisemitic disinformation.”

The Nets’ star guard posted a link for the film “Hebrews to Negroes: Wake Up Black America” on Twitter on Thursday. The synopsis on Amazon said the film “uncovers the true identity of the Children of Israel.”

Tsai and the Nets reacted quickly to the latest trouble stirred up by Irving, who had previously supported the idea of the Earth being flat and last month on social media shared an old clip from conspiracy theorist Alex Jones.

“I want to sit down and make sure he understands this is hurtful to all of us, and as a man of faith, it is wrong to promote hate based on race, ethnicity or religion,” Tsai wrote on Twitter regarding Irving.

Irving was unavailable for most of the Nets’ home games last season because he refused to be vaccinated against COVID-19, as was mandated in New York City. The Nets then declined to give him a contract extension this summer, meaning Irving could be in his final season with the team.

“The Brooklyn Nets strongly condemn and have no tolerance for the promotion of any form of hate speech,” the team said in a statement. “We believe that in these situations, our first action must be open, honest dialogue. We thank those, including the ADL, who have been supportive during this time.”