Brian Cashman admits Yankees have problems, but is short on solutions 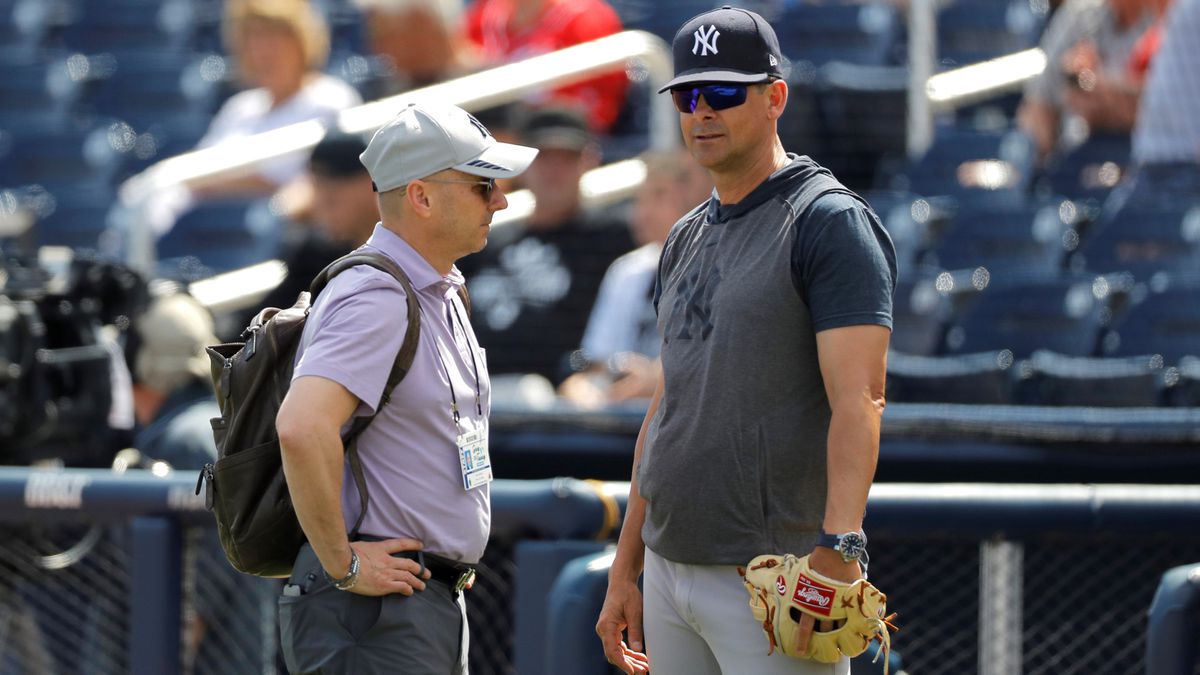 Watching Brian Cashman’s press conference Tuesday was a lot like the experience of watching his Yankees for the last two years. It was at times infuriating, even enraging, for a Yankees fan to hear Cashman talk about the flawed roster as if it was something he passively inherited rather than one he built with hundreds of millions of dollars of backing. At other times, well, Cash made some very good points.

The GM acknowledged the bizarre reality he’s created. “This was a year that I would say might be my toughest,” he said. “This particular year, I feel like … it was my toughest year, trying to understand, trying to figure out what ails us. It was somewhat of a Jekyll/Hyde. At times, looked unstoppable, but at many other times, unwatchable, because of the streakiness and lack of consistency.”

Cashman made rare admissions about flaws in the Yankees’ philosophy, but in the same breath would question if they were flaws at all. And the thing is, Dr. Cashman and Mr. Cashman are both right, in their way. “We’re not as athletic as we’d like to be or as contact-oriented as we’d like to be,” he said, acknowledging the fan base’s long-standing frustrations with the team’s strikeout habit and questionable fielding and baserunning.

“People talk about our strikeouts, and we strike out too much, and we need more contact, which is true,” he said. “At the same time, we didn’t strike out as much as the American League’s best record, the Tampa Bay Rays, who struck out more that we did.” (The Rays struck out an AL-leading 1,596 times; the Yankees were fourth in the AL with 1,482.) It’s a fair comparison, as it was when Cashman raised the point that the team that they tied with in the regular season, the Boston Red Sox, currently appears to be rampaging its way towards a title.

In one area, Cashman was direct and clear that he screwed up. Gleyber Torres will not return as the team’s starting shortstop. Holding onto Torres a year too long was a mistake that has a long chain of knock-on effects. Torres playing second base blunts the defensive value of Gio Urshela and DJ LeMahieu, only one of whom can be the everyday third baseman. If, for example, LeMahieu moves to first semi-permanently while Urshela mans third, it limits the Yankees’ ability to add another bat to the lineup, whether that’s Luke Voit or a left-handed free agent power hitter.

“Shortstop is an area of need. We have to address it,” Cashman said Tuesday, adding that he tried and failed to acquire a shortstop at the trade deadline. “I need to upgrade that position from a defensive standpoint.” As has been extensively hashed out, Torres was moved from shortstop to second base in September after months of butchery at short. (It also had the added benefit of improving his mysteriously absent bat.)

Cashman was less willing to hear two other common criticisms of this era of Yankees teams: That they are supposedly too reliant on information, and that the Steinbrenner family hasn’t committed enough money to the payroll. On the first, he is self-evidently correct, to some extent. The teams lording it over the Yankees — the Astros, Red Sox, Rays and Dodgers — have massive and influential analytics departments. The question with the Yankees is far too often the idiotic “are they too reliant on analytics” instead of “are they using their analytics to come up with the right plan?” Cashman defended his much-maligned employees and bosses on Tuesday.

“I think we have a very strong, sound process,” the GM said. “I think our analytics department is very good at what they do. … I think they serve us extremely well, and they’ll continue to be pushing their narratives,” he said. “It’s not affecting us anywhere near in the adverse way that the public perception seems to be….Analytics have served us extremely well to get us to this level, to maintain and put us in a position to have success, just like hiring the best pro scouts has, trying to hire the best amateur scouts has…The Yankees should use every tool in the toolbox.”

He was even more strident about the Yankees’ financial commitments, which appeared to hurt the team on the margins this year.

“I don’t believe it’s fair, from my chair, that people don’t think he’s all in, or they’re all in,” he said of Hal Steinbrenner and his family. “I hate to say it, but how dare anybody question when somebody commits that amount of dollars,” he said.

The Yankees did spend an eye-popping $203 million on players this year, second in MLB. But the $64 million gap between them and the Dodgers — the only team over the luxury tax — is the same as the gap between the Yankees and a league-average payroll. The Bombers salary-dumped Adam Ottavino to Boston last winter to stay under the luxury tax, and made a point of making deadline deals that didn’t add payroll. As a percentage of revenue, the amount the Yankees spend on players has been declining for years.