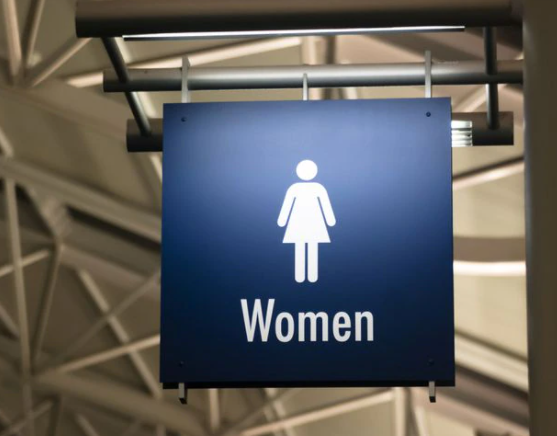 An Amazon delivery driver went to extreme lengths to record girls and women using a bathroom at a Massachusetts outlet mall, going as far as disguising himself as a woman and attaching a pen camera to his sneakers to secretly film his victims, authorities said Tuesday.

Jacob Guerrero, 23, was arrested on 12 counts of possession of child pornography after police found a series of videos of nude or partially nude victims as young as 8 years old on his phone, according to police in Wrentham, a town near the border with Rhode Island.

The accused perv, who is from Woonsocket, R.I., was initially arrested on Sept. 2 following an investigation into a disturbing incident at Wrentham Outlets about a week earlier. That case involved a complaint from customers who reported seeing a man dressed as a woman “acting suspiciously” in the ladies’ bathroom, police said.

The culprit was donning a blond wig as he was seen entering a bathroom stall next to a group of women and girls who were around 12 to 15 years old, according to police. An initial investigation revealed the suspect appeared to have a pen camera attached to his sneakers, making it easier for him to secretly record unsuspecting victims and later watch the footage on a computer or smartphone, authorities said.

A review of surveillance video at the outlet mall led police to Guerrero, who was arrested on a charge of photographing an unsuspecting nude person. The suspect was released on bail the same day, but police continued to investigate the case.

Cops eventually obtained a search warrant for Guerrero’s personal vehicle and cellphone, which turned up 12 videos of women who were filmed without their knowledge, including five who were under 18 years old, according to police. Several of them were estimated to be between 8 and 11 years old, authorities said.

In one case, a young girl appeared to have been recorded through her bedroom window as she was getting undressed, police said.

Guerrero was arrested again Monday and appeared in court Tuesday. The investigation is still ongoing and involves several law enforcement agencies from Massachusetts and elsewhere, according to police.