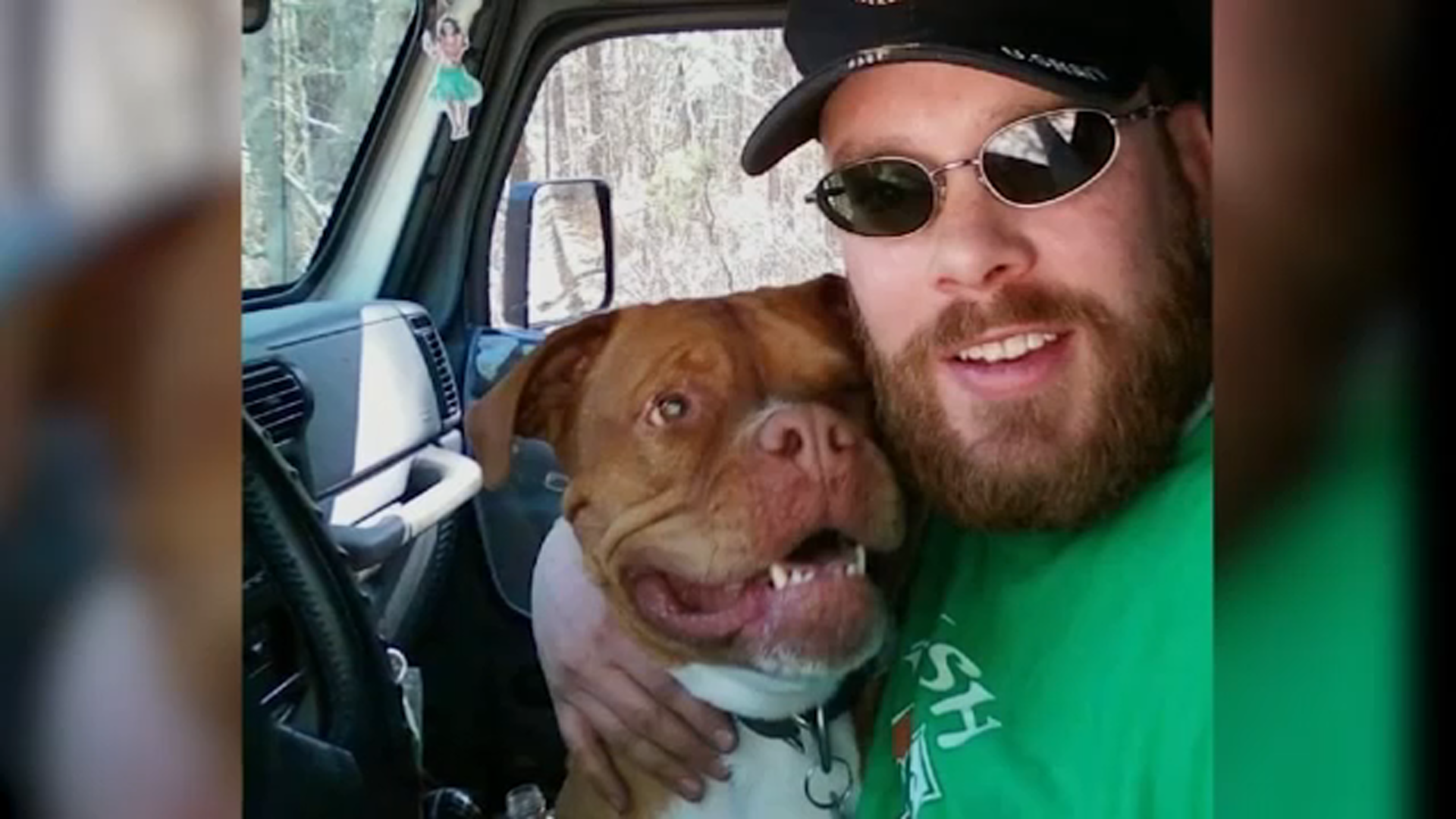 A disabled veteran from New Jersey says Rep. George Santos took thousands of dollars that had been donated to save his dying service dog.

“I knew I knew him from somewhere, I got a sick feeling in my stomach when I saw his face,” said Richard Osthoff.

Osthoff said he saw Santos on the news as a reporter chased him with a question.

“As soon as they said ‘what’s your name today, is it George Santos or Anthony Devolder,’ I said ahhh that’s when I realized,” Osthoff said.

Osthoff said in 2016 Santos claimed to be Anthony Devolder who started the GoFundMe to save the veteran’s service dog, Sapphire, who was suffering from a tumor.

He wanted to save the dog that for 10 years saved him from PTSD and suicidal thoughts.

Osthoff who was homeless didn’t mind moving into a tent along the road in Howell to be as close as possible to the veterinarian’s clinic.

The bill would be $3,000 and he says a tech at the office put him in touch with Anthony Devolder. The GoFundMe raised $3,000 in two months and Ostoff reached out to Devolder.

“When the money was there, I wanted to go back to the vet, he would not let me have the money to go to the veterinarian, I started getting angry with him, arguing back and forth with text messages, he even told me they would try to make her as comfortable as possible in her last hours, he never did that,” Osthoff said.

The text messages Osthoff received on his phone say Anthony Devolder. A Facebook page about the GoFundMe post has a hodgepodge of names: George Devolder at the top, Anthony Devolder in the title and then there’s an Andreas dos Santos in the body of the post.

“He said he wanted to give it to other charities, he claimed, or other places, I was like no you can’t do that,” Boll said.

GoFundMe says it shut down the account and the associated email in 2016 when the organizer failed to respond to its inquiry.

We reached out to George Santos’ attorney and have not heard back, but Santos allegedly texted a media outlet calling Ostoff’s story “fake,” and saying “no clue who this is.”

A source close to the GoFundMe situation confirmed to ABC News that it was George Santos who ran the fundraising account originally to help Osthoff dog receive surgery.

“I had to panhandle for the money and plead just to have her euthanized,” Osthoff said.

Santos has already admitted to lying to Queens and Long Island voters about where he worked, went to college and his Jewish heritage.

“Finding out this is a person representing the state of New York is pretty scary,” Boll said.