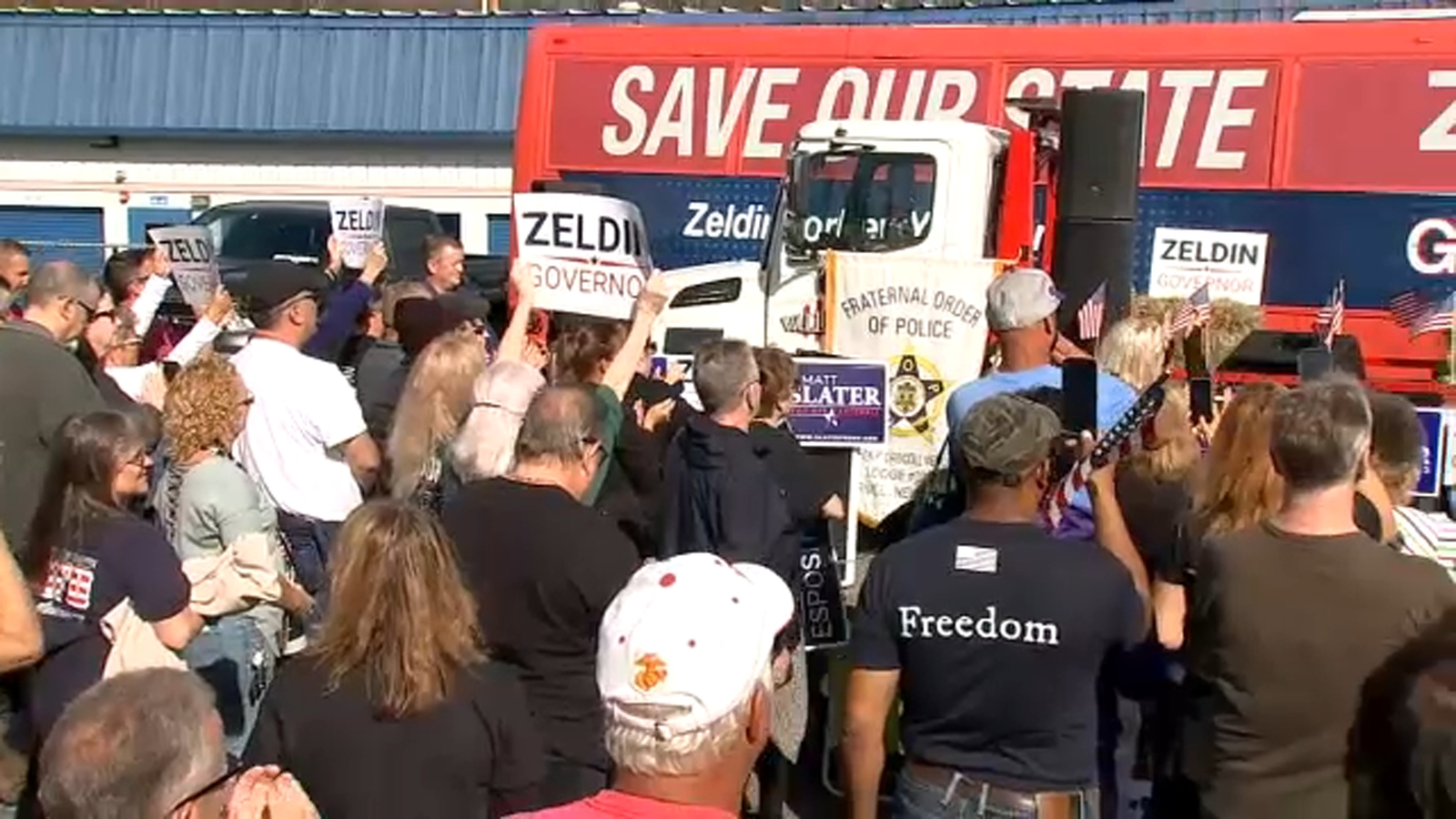 It’s the last full day of campaigning ahead of tomorrow’s crucial midterm elections.

Governor Kathy Hochul will be greeting commuters at the 72nd Street subway station on the Upper Westside, while Republican challenger Lee Zeldin heads to a station in the Bronx.

He’ll be at the Morris Avenue Soundview 6 train station where a rider was stabbed on Sunday.

Despite his anti-abortion stance and his close ties to Donald Trump, he’s polling within single digits of the incumbent with his laser focus on crime.

“People are hitting their breaking point in New York,” Zeldin said. “And we have all decided enough.”

“It is so illogical to say you’re tough on crime, but you’re soft on guns,” Hochul said about Zeldin’s views on relaxing the state’s gun laws. “He thinks the answer is people on subways carrying guns, teachers in classrooms with loaded guns.”

Biden reminded voters that abortion rights could be on the line if Zeldin takes office.

“Even before the Dobbs decision came down your governor took action to protect patients and doctors to be sure the right to choose for women in New York would be protected,” Biden said. “And her opponent, meanwhile, believes that there should be no exceptions even for rape or incest. None.”

Zeldin recently walked back his talk on changing New York’s abortion laws, at least while there’s a Democratic majority in the legislature.

Both candidates made campaign stops outside of the five boroughs over the weekend with Zeldin holding rallies in Hudson Valley and Putnam County where there was strong turnout.

During an event on Thursday morning, Eyewitness News asked Hochul what she would say to Democrats in NYC who are worried about rising prices and crime.

“Most voters understand that I’ve been the governor one year,” Hochul said. “There are national trends going on and I’ve been in the trenches fighting for them.”

If Hochul loses it would be a major upset in a state that Democrat Andrew Cuomo won four years ago by 24 points.

Our partners at FiveThirtyEight show Hochul is up by an average of 7 points.

One big concern for Democrats is even if Hochul wins if it’s not by the large margins they’re used to, down-ballot candidates in closer races could find themselves swept out in a red wave — even in blue New York.