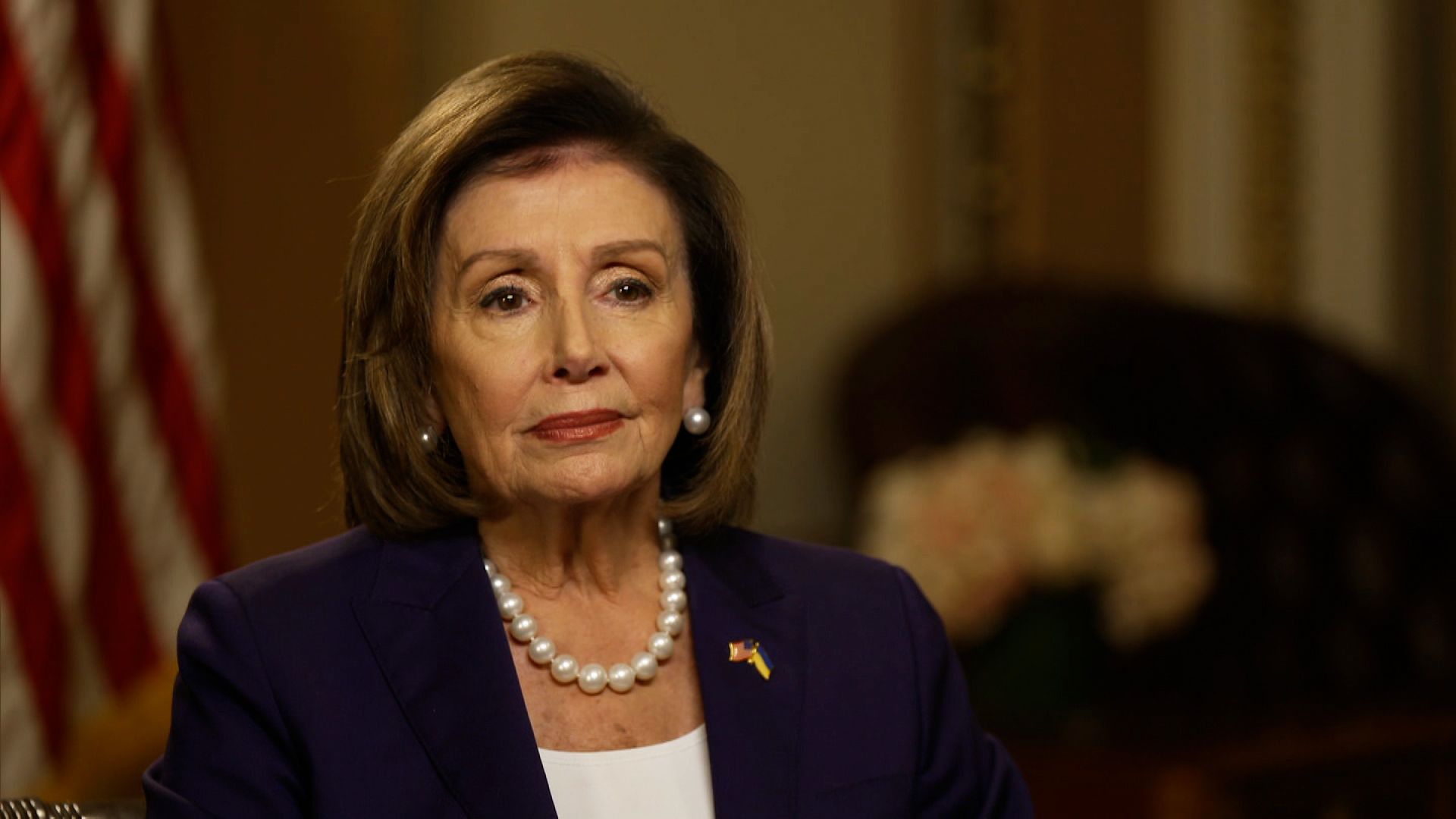 House Speaker Nancy Pelosi revealed how she got the news that her husband, Paul, had been attacked, telling CNN’s Anderson Cooper that she was “very scared” when there was a knock on the door from Capitol Police.

Pelosi said in her first sit-down interview since the attack that she had been asleep in Washington, DC, after getting in the night before from San Francisco when her doorbell rang early in the morning. “I look up, I see it’s 5 (a.m. ET), they must be at the wrong apartment,” she told Cooper after he asked where she was when she got the news.

“So I run to the door, and I’m very scared,” Pelosi said, describing what unfolded. “I see the Capitol Police and they say, ‘We have to come in to talk to you.'”

Pelosi described how her thoughts went immediately to her children and her grandchildren.

“And I’m thinking my children, my grandchildren. I never thought it would be Paul because, you know, I knew he wouldn’t be out and about, shall we say. And so they came in. At that time, we didn’t even know where he was,” she said.

The violent attack on Paul Pelosi has raised fresh concerns over threats of political violence driven by partisan animosity and increasingly hostile political rhetoric — and highlighted the potential vulnerability of lawmakers and their families in the current political climate.

Paul Pelosi was attacked with a hammer at the couple’s home in San Francisco by a male assailant at the end of last month, authorities have said. The assailant who attacked him was searching for the speaker of the House, according to court documents.

David DePape is charged with six counts relating to the attack, including attempted murder, burglary, assault, false imprisonment and threatening the family member of a public official. He has pleaded not guilty to all state charges.

Following the attack, Paul Pelosi had surgery “to repair a skull fracture and serious injuries to his right arm and hands,” Drew Hammill, a spokesman for Nancy Pelosi, said in an earlier statement. He was released from the hospital last week.

Nancy Pelosi also indicated that the attack on her husband will factor into her decision about her own political future after the midterm elections.

Pelosi, one of the most powerful figures in national Democratic politics, has earned a reputation as a formidable leader to House Democrats who exerts significant influence on her caucus. But speculation is intensifying in Washington over what Pelosi’s next move will be, and whether she would decide to retire, if Republicans win back the majority.

During Monday’s interview, Cooper asked Pelosi if she would confirm that she has made a decision, one way or another, about what she would do, noting that there has “been a lot of discussion about whether you’d retire if Democrats lose the House.”

The speaker said the “decision will be affected about what happened the last week or two,” prompting Cooper to ask, “Will your decision be impacted by the attack in any way?”

“It will?” Cooper asked.