Hochul declares victory as governor of NY, Zeldin does not concede in his defeat 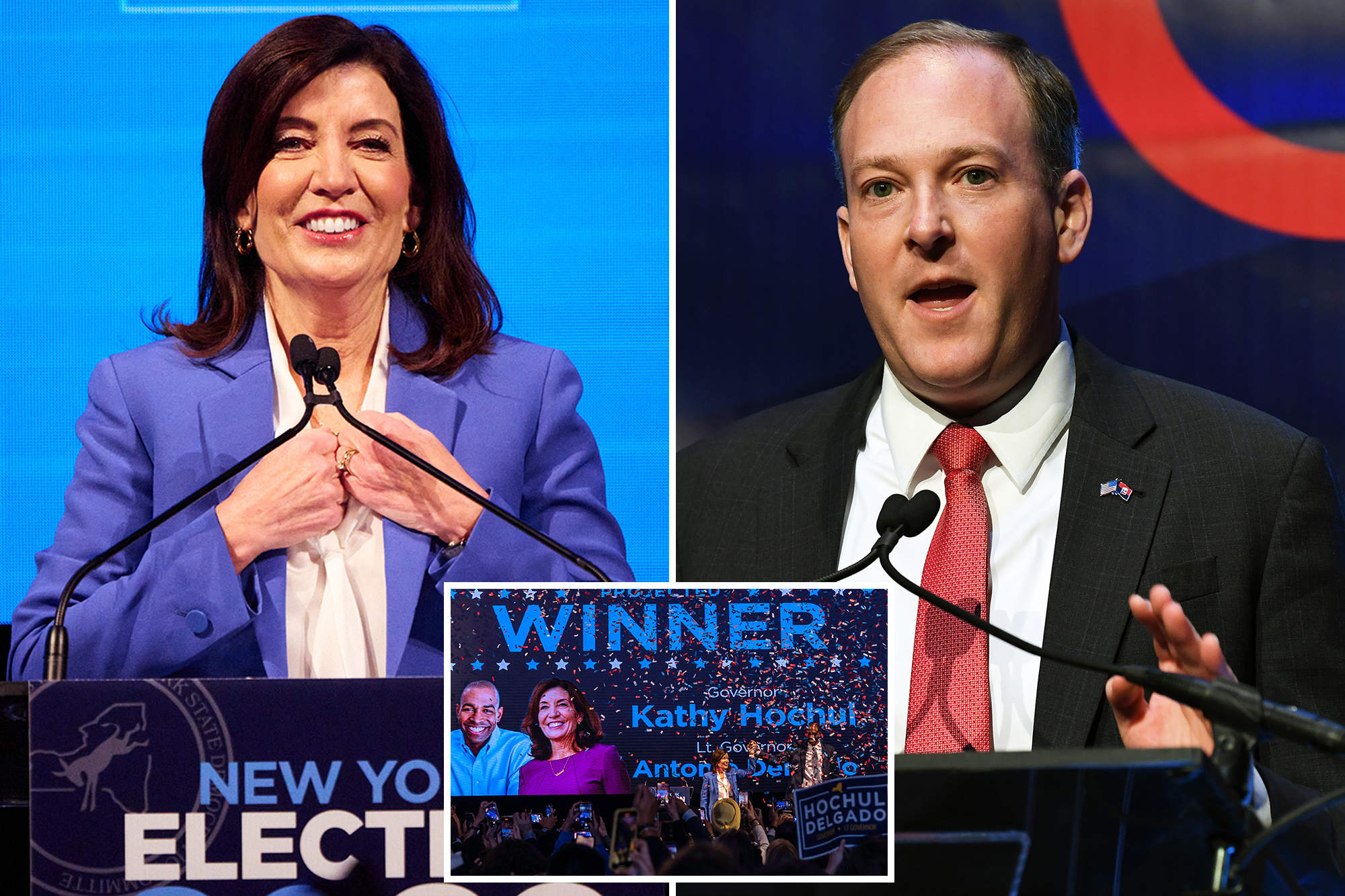 Kathy Hochul made history in the 2022 midterm elections as she became the first woman elected as governor of New York.

Though Hochul staved off what would have been an embarrassing defeat, her oponent, Congressman Lee Zeldin had still not conceded Wednesday morning.

Confetti rained down over ballroom in lower Manhattan as Hochul declared victory in this narrow race. As Election Day drew near, the race tightened even more, with voters expressing serious concern about crime and the high cost of living.

Zeldin was strong in the suburbs and even in some more conservative sections of NYC, but it was not enough to overcome the overwhelming registration advantage that Democrats enjoy in the nation’s largest city.

“Tonight. You made your voices heard loud and clear. And, and you made me the first woman ever elected to be the governor of the state of New York,” Hochul said as she celebrated with her supporters. “I’m not here to make history. I’m here to make a difference.”

Zeldin spoke in front of his supporters without acknowledging Hochul’s victory.

“We came to this with passion to have a debate of ideas for a better direction of New York and we’re still totally committed towards seeing it through for the 1.4 million Election Day voters who have not yet had their vote tap cast and counted,” the Congressman said.

As of early Wednesday morning, 93% reported Hochul’s six-point lead, which is far lower than the 24-point margin Cuomo had when he won years ago.

Though Hochul has been governor for a year, she is not as well known as her predecessor. Cuomo was known for his aggressive style and became a national media fixture for his pandemic briefings before his tenure was overshadowed by scandal.

Hochul, a former congresswoman, was serving as Cuomo’s low-profile lieutenant governor before taking over in August 2021 when he resigned amid sexual harassment allegations, which he denies. She has tried to cast herself as a fresh change from Cuomo, promising more collaboration and transparency while trying to steer the state through the pandemic aftereffects.

The Buffalo native’s formidable campaign fundraising brought in about $50 million, which she’s used to fund a smattering of campaign ads staking herself as a defender of abortion rights and portraying Zeldin, who hails from Long Island, as “extreme and dangerous” because of his ties to Trump and his vote against certifying the 2020 election results.

As Zeldin’s message appeared to be resonating in the final month, Democrats found themselves on the defensive.

Hochul began speaking more about public safety, including announcing an effort to deploy more officers to New York City subways and called in Democratic heavy hitters to rally with her in the final days, including Vice President Kamala Harris and former Secretary of State Hillary Clinton.

Zeldin is an Army Reserve lieutenant colonel who has represented eastern Long Island in Congress since 2015. He was a vocal defender of Trump during his two impeachments and as a member of the U.S. House voted against certifying Joe Biden’s 2020 election victory.

As he ran to lead New York, Zeldin downplayed his ties to Trump, appearing with the former president at a closed-door campaign fundraiser but not at any public rallies, as candidates elsewhere have done.

He focused almost exclusively on sending a message that violent crime is out of control – casting blame on policies passed by Democrats in Albany who control the Legislature, along with Hochul and Cuomo.

The issue became personal for Zeldin in the final month of the election, when two teenage boys were wounded in a drive-by-shooting in front of his Long Island home.

“It doesn’t hit any closer to home than this,” Zeldin said. “This could be anyone across this entire state.”

He called for toughening the state’s bail laws and declaring a crime “emergency” that would allow him to suspend laws that curb solitary confinement in jails and that stopped automatically treating 16 and 17-year-olds as adults in the criminal justice system.

Hochul meanwhile, has poured blame on Republicans and conservatives on the U.S. Supreme Court for opposing gun control measures. She led an effort to tighten licensing rules for semiautomatic rifles after a racist mass shooting killed 10 Black people at a supermarket in her hometown of Buffalo last spring.