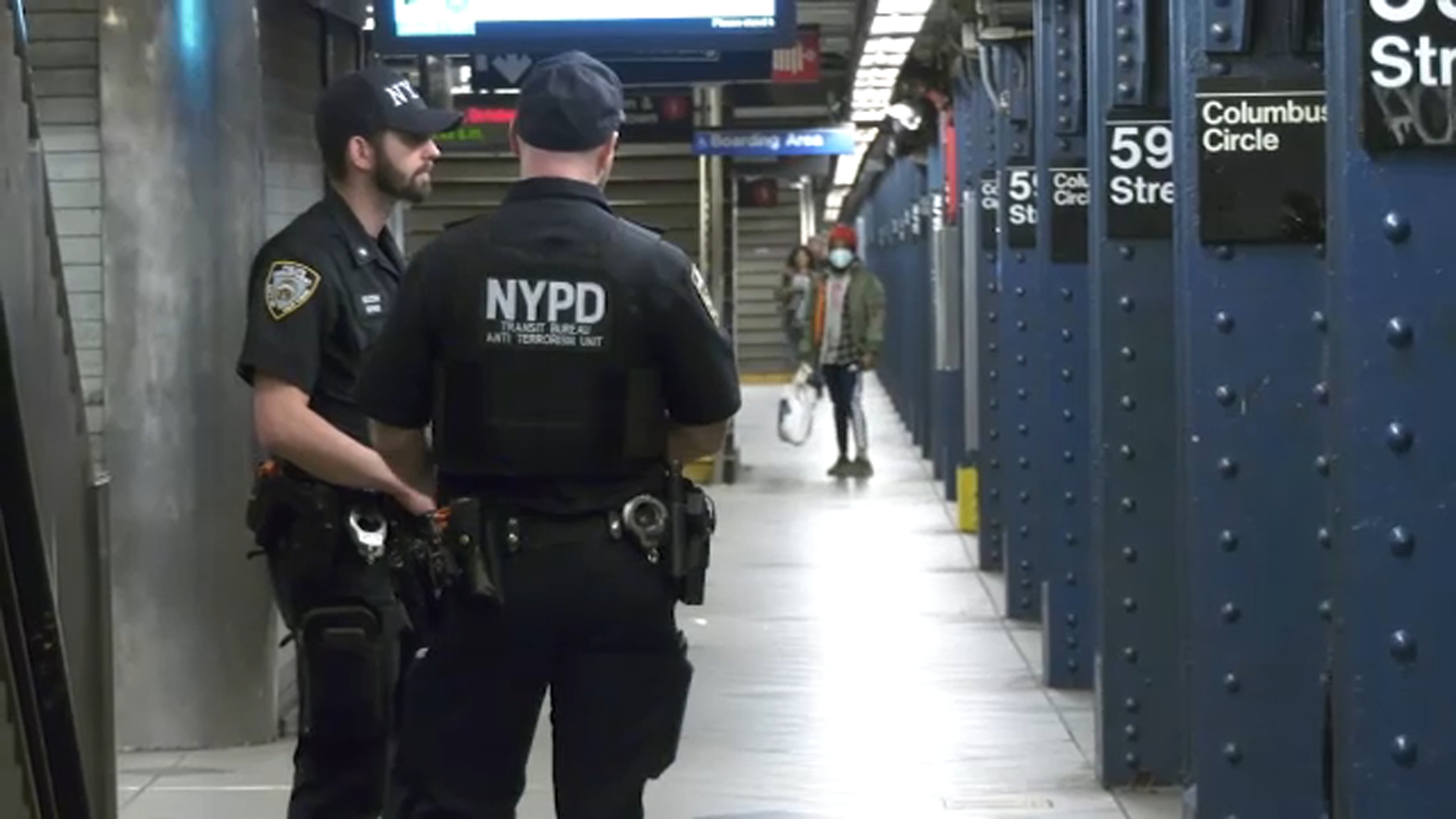 A subway rider was threatened with a knife and pepper sprayed by a suspect while onboard a train in Manhattan early Wednesday, police said.

According to police, it happened around 1:30 a.m. as a northbound 1 train approached the 59th Street-Columbus Circle station.

The 57-year-old victim told police that he received a small cut and was peppered sprayed by another man.

Police were also searching for six men wanted for beating a 17-year-old.

According to police, he was kicked and stabbed just after 4 p.m. Saturday at the Lexington Avenue-53rd Street station.

While the NYPD points out that violent crime levels are about the same as they were pre-pandemic, there has been a recent spike with three homicides reported in transit in the last two weeks.

The department added nearly a thousand more officers to the subway beat focusing on 15 train lines in 20 stations citywide.