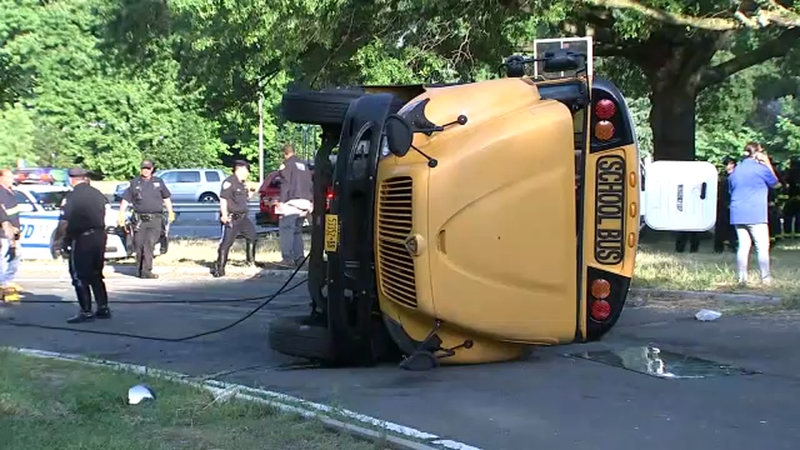 A school bus carrying dozens of adults and no children crashed and overturned on the Hutchinson River Parkway in the Bronx.

It happened before 6:15 a.m. Thursday on the Exit 1A ramp from the northbound Parkway to the westbound Bruckner Boulevard, in the Throgs Neck section.

It appears the bus driver failed to navigate the turn, lost control and overturned on the ramp.

Video from a local news helicopter showed the bus on its side and a number of adults lying on the grass near the bus.

A total of 37 adults – 36 passengers plus the driver – were on board at the time of the crash. No children were on board.

Three of the passengers are hospitalized in serious condition.

33 others were checked out at the scene and then taken to area hospitals to be evaluated.

“Families should expect that some bus routes this morning and afternoon will be delayed, and schools will be reaching out to families whose routes are impacted,” the mayor said in a statement. “Families experiencing delays should contact the transportation coordinator at their Summer Rising site or contact the DOE’s Office of Pupil Transportation call center at 718-392-8855.”

The bus company said it was able to cover half of the 34 routes affected by the accident and planned to double up on the remaining routes Thursday morning.

The company said it expected to be able to cover all the afternoon routes.