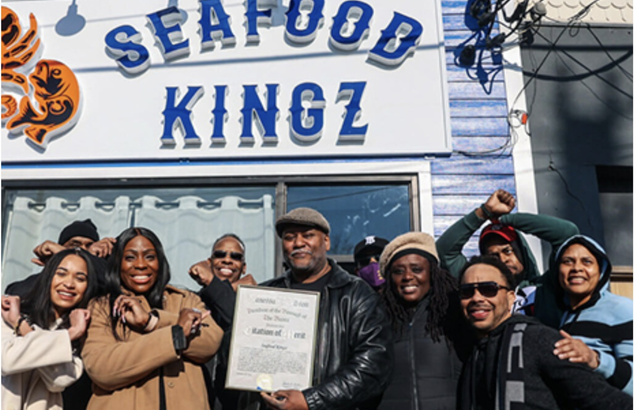 A rally was held Saturday in support of a restaurant in the Bronx that has received racist letters.

Congresswoman Alexandria Ocasio-Cortez was among the people turning out in support of ‘Seafood Kingz.’

It is one of at least three restaurants on City Island that were recently sent anonymous hate mail.

Owner Darryl Lelie says he will not be intimidated.

“We will not take part in racist hate. We are here for a family business, for generations to come,” said Lelie.

Police are trying to figure out who sent the letters.