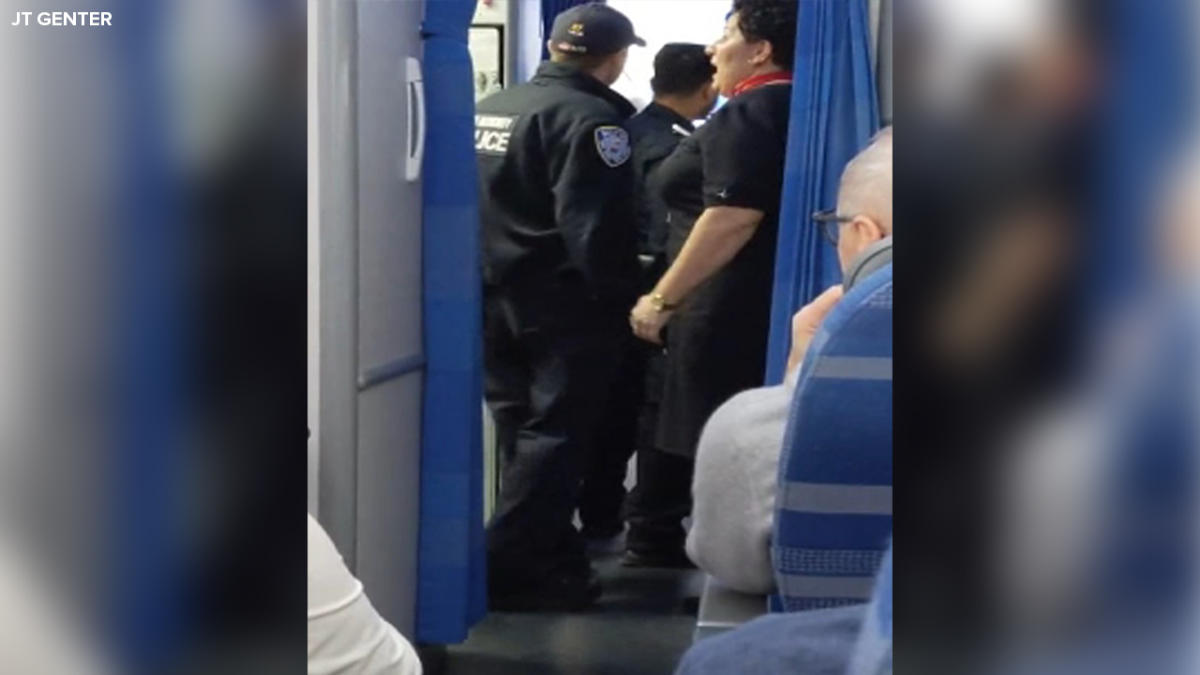 A passenger aboard a flight traveling from Poland to John F. Kennedy Airport had to be restrained after he went up to the cockpit door and started banging on it, according to officials.

The incident happened aboard LOT Polish Airlines flight #26, traveling from Poland to JFK, around 8 p.m. Friday.

According to Port Authority, passengers and flight crew members had to restrain the passenger.

A flight attendant was struck during the incident. The victim’s condition remains unknown.

Port Authority Police met the plane at Terminal 7, Gate 9, where they took the male suspect into custody.

He was taken to a nearby hospital for an evaluation.

It’s not clear yet if the suspect will face any charges.