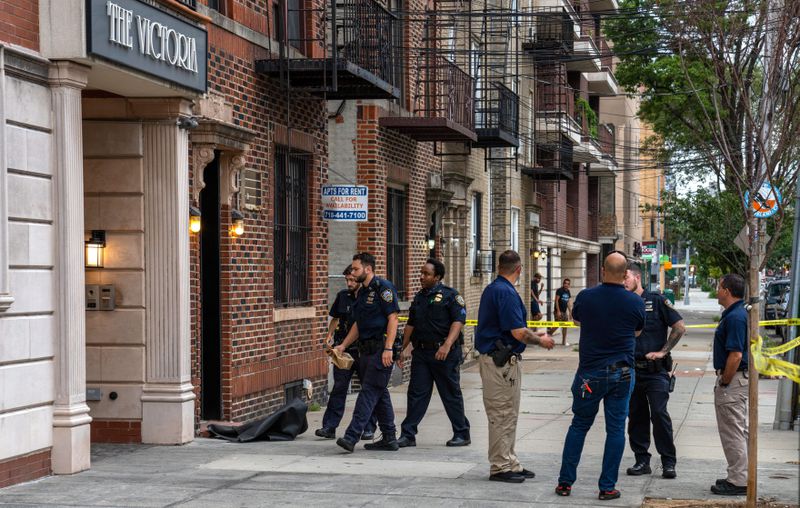 The officer, identified by sources as Richard Catapano, shot himself in the head in his apartment on 23rd St. near 31st Ave. in Astoria about 1:50 a.m., the sources said.

The NYPD is investigating the shooting as a suicide.

Neighbors said the officer had moved into the building a few months ago with his girlfriend or wife, who was seen sobbing outside the building hours after the shooting.

“Nice, doesn’t bother nobody. Says hello. Seems like a really nice guy,” said Dennis, a neighbor and longtime resident who declined to give his last name. “He walks his two dogs in the morning, sometimes with his wife or girlfriend . . . I see them walking the dogs all the time.”

The shooting comes as tension toward cops across the city is high after months of protests following the death of George Floyd.

2019 saw a staggering 10 cops commit suicide prompting the department to evaluate the mental health of its officers.