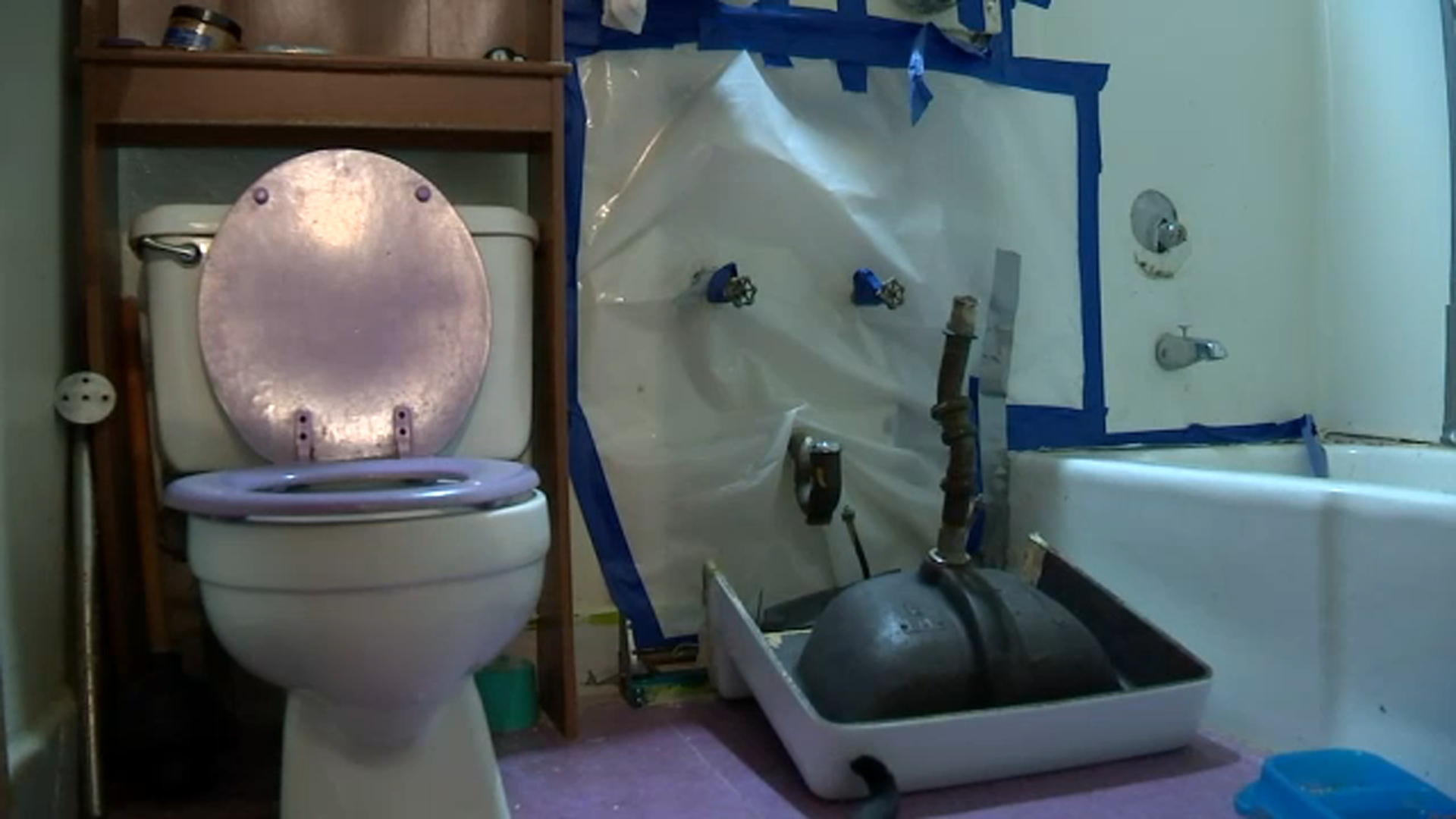 Residents living in a pair NYCHA apartments in Harlem are begging for someone to address the exhaustive list of repairs their home desperately needs.

Desiree lives in the Wagner Houses in East Harlem.

Inside her bathroom, the sink is on the floor. The floor and wall rotted away because of constant leaks in the pipes and the water that pours down from the floors above.

When workers came recently, there was more bad news.

“They said I have asbestos in there. I asked them if they could move me until they can rectify the problem,” Desiree said.

“Next thing you know, we heard this loud bop, the stove wasn’t even on and all we see is the flame from here just came up,” Regina Port said.

Port and her five children live in a different apartment in Wagner.

“We had to take the rug up because of the mildew,” Port said. “Every time they have a leak it pours down through here, it pours into my food,” Port said.

The walls in her apartment are also crumbling from the leaks that go unrepaired.

Heading into winter, her family has no heat in their apartment and she says this will be her second straight Thanksgiving without a working stove.

“Thanksgiving is next week, what are we supposed to do, I gotta buy Thanksgiving again, I’m not rich,” Port said. “They keep saying, ‘oh Miss Port, we’re gonna help you, don’t worry about it,’ nobody do nothing. Nothing.”

After Eyewitness News called NYCHA on Wednesday night, a spokesperson said they would have a stove for Port before Thanksgiving and would investigate conditions in Desiree’s apartment.

“NYCHA delivered a hot plate and slow cooker to the resident in apartment 1B on Friday, and we are expediting stove repairs prior to the holidays. We are looking into conditions at the other apartment and confirming the details, and we will take appropriate actions,” the spokesman said.