Multi-alarm fire at commercial building burns through the night in Linden, NJ  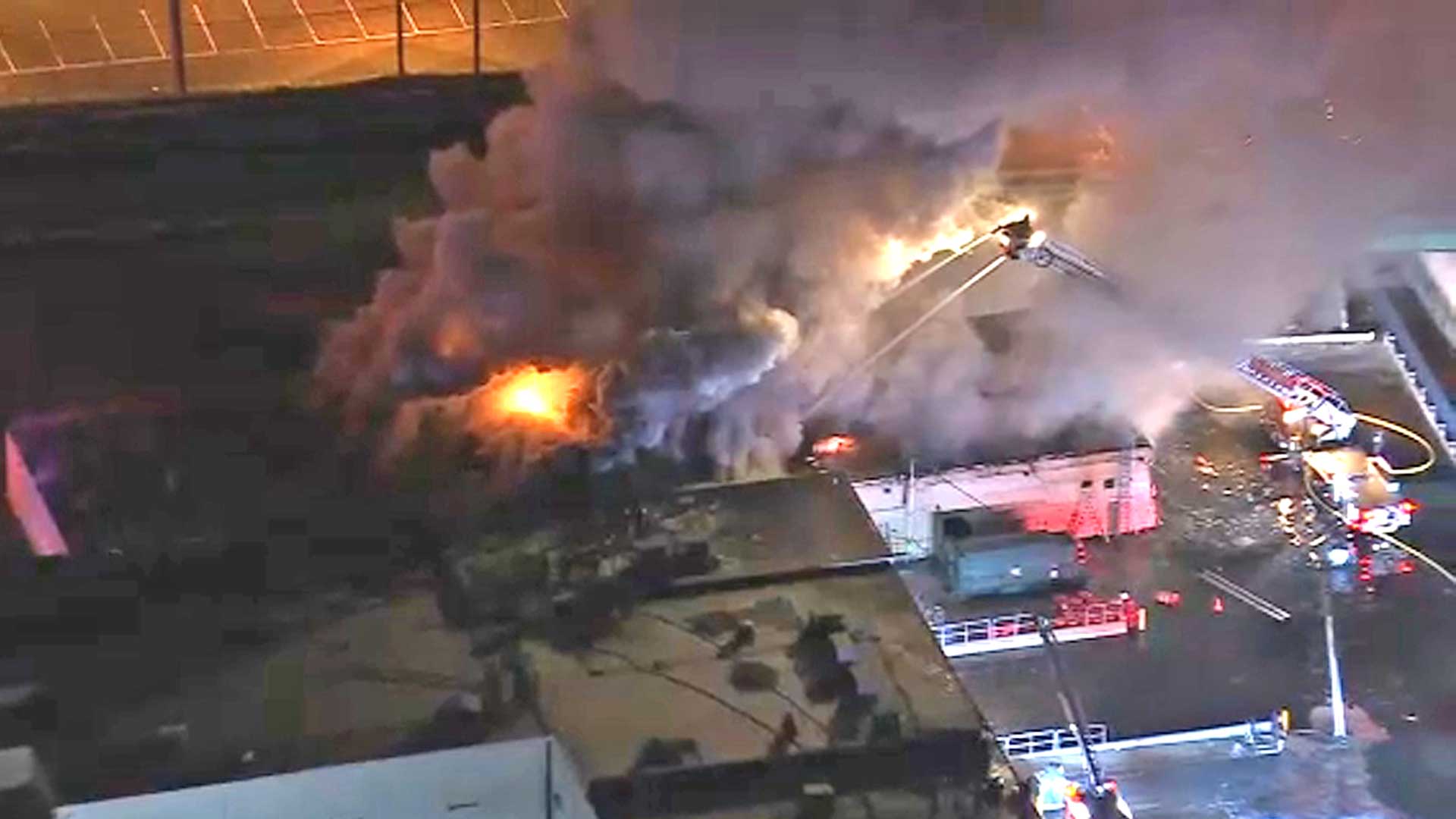 Firefighters spent hours in freezing temperatures battling a fire at a commercial building in Linden.

The blaze broke out around 12:30 a.m. Tuesday and eventually went to three alarms.

It was still burning more than 6 hours later.

The one-story building at the intersection of Elizabeth and Park avenues is believed to house a kitchen business.

Video from NewsCopter 7 showed heavy smoke and flames shooting through the roof of the facility before dawn.

No injuries were reported.

Traffic on Routes 1&9 about a block away was moving normally, but streets around the fire scene were shutdown due to icing from the fire department activity.