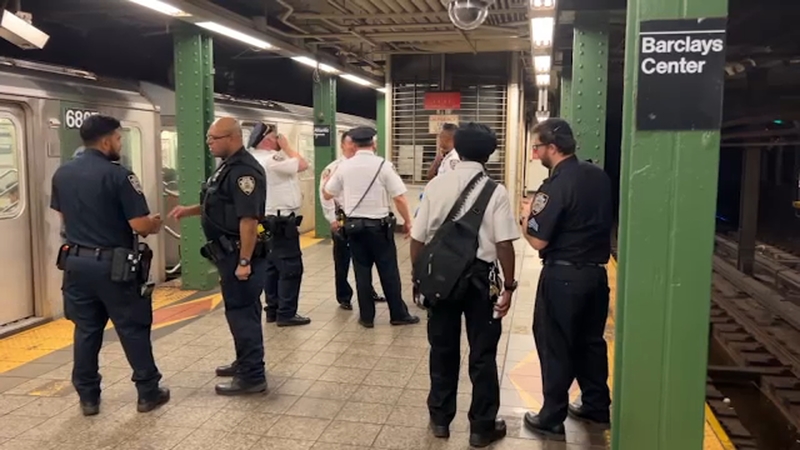 Police are searching for a man who randomly slashed a woman on a Brooklyn subway platform and then punched another woman in the face.

They say a 30-year-old woman was standing on the northbound 5 train platform when she was randomly slashed in the face.

The suspect, a man in his 40’s dressed in all black and with dreadlocks, approached the victim and slashed her on her left cheek with a razor blade.

He then fled on foot and, as he was in the mezzanine of the station, decided to punch a 47-year-old woman in the face.

The 30-year-old victim was taken to The Brooklyn Hospital Center.

The 47-year-old victim was taken to Methodist Hospital.

Both victims are in stable condition. Police say both attacks were completely unprovoked.