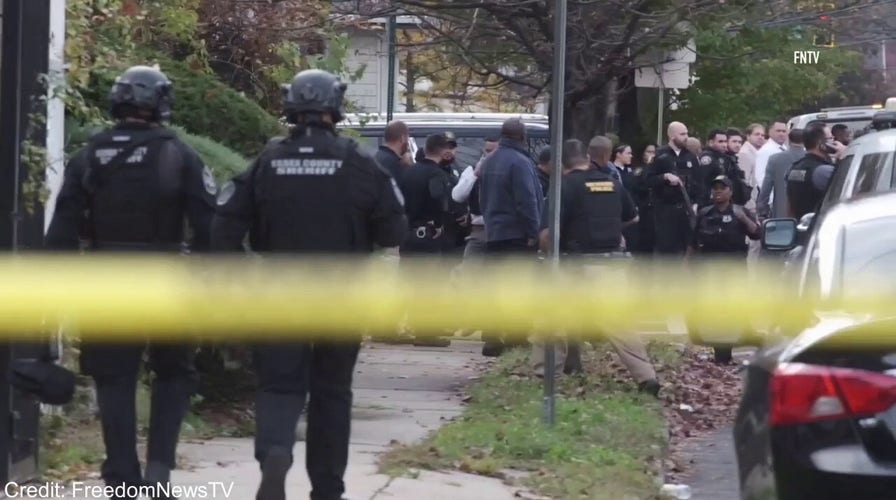 The man charged with shooting two Newark police officers is set to appear in court Thursday while investigators continue to search for the gun he used.

Kendall Howard, 30, will face a judge at 11 a.m. He is facing two counts of attempted murder and weapons offenses.

Howard allegedly pulled a gun and fired at both officers Tuesday afternoon outside of a building on Van Velsor Place, injuring one in the leg and the other in the shoulder.

One of the injured officers remained in the hospital Thursday morning, but he is expected to make a full recovery, Essex County Prosecutor Theodore Stephens II said.

Local news cameras were there Wednesday afternoon as the other officer was released.

Gov. Phil Murphy met with both officers Wednesday and asked the public to keep them in their thoughts and prayers.

Officials praised the efforts of citizens who aided the injured officers, particularly a woman who got out of her car and tried to assist one of the officers, who was bleeding.

“We can see and hear the shots being fired and they’re there bending over trying to drag this officer to safety. This is the true collaboration and the support that we have from the community,” Newark Director of Public Safety Fritz G. Frage said.

Police had arrived at the apartment building early Tuesday afternoon after a citizen called and said he recognized a man shown on a flyer who had been involved in an Oct. 28 shooting.

When they arrived, they encountered Howard in the parking lot as they were exiting the building, police said, and after an altercation the shooting occurred.

Howard then retreated into the building where he remained, apparently in hiding, for more than 20 hours before he was finally captured.

Video from local news helicopters showed officers carrying Howard out of the building.