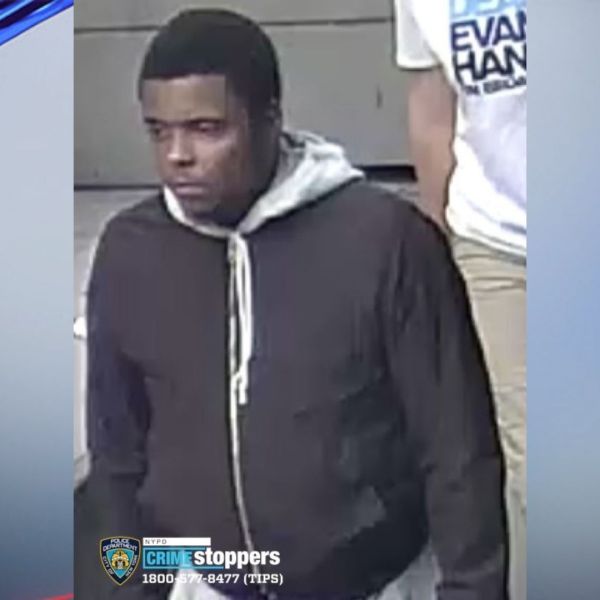 Evans was recognized by someone and taken into custody at the Port Authority Bus Terminal last night.

The attack happened around 10:00 a.m. Monday near Seventh Avenue and 42nd Street, where police say the 59-year-old victim was pulling a shopping cart behind her when a man suddenly slashed her across the hand.

The man then took off on foot.

The victim was taken to Bellevue Hospital for treatment, and now, she says she is so terrified that she won’t leave the house.

“So scared, yeah,” said the woman, who did not want her name used. “First time, so, so, so scared. A lot of bleeding.”

The victim is Asian and police sources say the NYPD Hate Crimes Unit is looking at the incident as a possible hate crime.

“He, from the back, just like this,” she said, mimicking the man’s slashing motion. “And then I’m feeling someone punched my arm, my hand, and I said, ‘Ah.’ It’s feeling very painful.”

Surveillance video shows the suspect run up to the victim, as he appears to single her out on a crowded sidewalk, and then slash her with the box cutter.

The victim’s gash was so deep and her injuries so graphic that they cannot be shown.

The victim often uses the Times Square train station and is so shaken up she took the day off from work Monday.

She was heading home after buying groceries when she was slashed, and she says she remains in a lot of pain.

But it’s the fear consuming her that has her frozen.

She wonders if she was targeted because she’s Asian.

“No nothing, no conversation, no nothing,” she said. “We don’t know each other. No argue, nothing. Why you do this?”

Evans was charged with assault as a hate crime and criminal possession of a weapon.